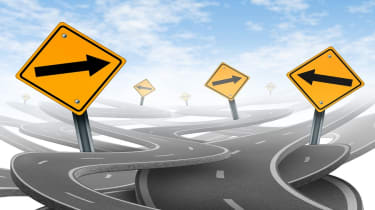 Nokia developer Pino Bonetti has taken the tech giant to task over the application in a blog post, stating: "We truly understand that maps and location-based apps must be accurate ... and we also understand that 'pretty' isn't enough."

Bonetti goes on to benchmark the navigation apps of the Apple iPhone 5, Samsung Galaxy S III and Nokia Lumia 920, highlighting issues around the lack of public transport information, orientation and the ability to work offline with Apple's Maps.

He also cites recent IDG research that suggests 77 per cent of people use their smartphones for GPS navigation. However, according to Nokia's map-based infographic, Apple's "voice guided turn-by-turn navigation" is unavailable in at least half the world, including Australia, much of Central and South America and all the BRICS except Russia.

The iOS 6 Maps app has been widely ridiculed for its poor graphics and inaccuracies.

A search for Luton' took IT Pro to a small village in Devon, rather than the better known and larger town in Bedfordshire.

Meanwhile, the Wiltshire town of Salisbury was listed as seven separate locations in and around Edinburgh.