First look at the iPhone 5. The eagerly awaited device features a 4in display, 4G compatibility and the latest iOS 6 software. 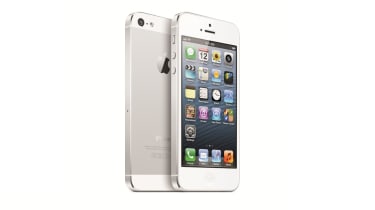 Bigger, faster, lighter and thinner. The Apple iPhone 5 is indeed all these things, but - after all the hype - my first impressions were that Apple had taken a 4S to a medieval torture chamber and stretched it.

The iPhone 5 packs a 4in screen with 1136 x 640 resolution and 326 pixel density. The screen size on the iPhone 5 is big enough to comfortably browse the web or watch videos, but small and light (112g) so that you can hold it in your hand with ease. 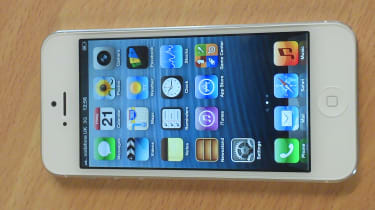 Devices such as the Samsung Galaxy S3, which comes with a 4.8in display and 133g weight, have been criticised for being a little too big. 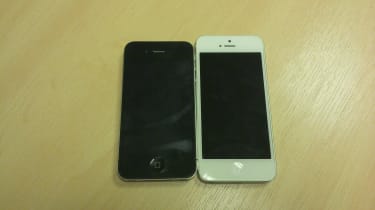 It's noticeably longer than the previous generations, but is the same width and 30g lighter, which is commendable.

In terms of quality, the Retina Display looks beautiful you won't see any pixilation here but then you won't on the iPhone 4S either. The resolution has been upped to 1136 x 640, but the density of pixels is still 326ppi. Video and images are as clear and crisp as we've seen on any device. 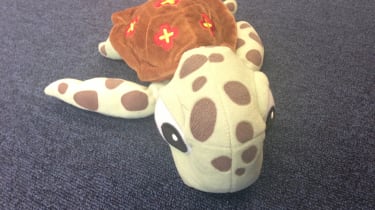 Pictures from the 8-megapixel camera on the back look sharp, and Panorama mode has finally been added

Although it's thin and light, the device does feel more fragile than a Galaxy S3, HTC One X or one of Motorola's robust efforts, such as the Razor i. A cover will be an essential purchase for the iPhone 5.

Still, take a closer look and improvements have definitely been made to the build quality. The Aluminium back is a nice touch - but it seems to get grubby quickly and will need to be wiped down. If you drop the device, the law of averages dictates it will land on the glass front rather than the metallic back, though. 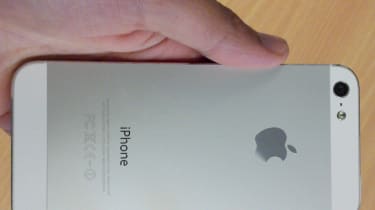 Apart from the screen, the main design change is the Aluminium back

Much of the design remains the same with the SIM-card tray (for shrunk-down nano-SIM) and volume rockers located on the edge of the device. The headphone jack has been moved to the bottom and the Lightning connection is teeny. You get a flash pair of "Earpod" headphones, will will hopefully be less leaky than the standard phones. 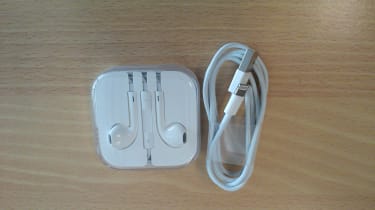 A quick run of the Geekbench test confirms reports the iPhone 5 had a dual-core 1GHz chip. Our device registered a clock speed of 1.03GHz and 1GB RAM. It scored a total of 1649 in the processor and memory test. Our review unit of the Samsung Galaxy S3 managed 1347, but there are reports where the quad-core Android devices clocked scores of 1900 and beyond.

iOS 6 is pre-loaded, so you get all the latest features out-of-the-box. Google Maps and YouTube apps are not included, but the Google web app is available and YouTube can be found in the App Store. We've gone through the main features on the iPad and will thoroughly test the smartphone specific features during our full review.

Overall, it looks like the iPhone 5 will be a slow burner. After a few hours in its company, it does not feel like an essential upgrade for iPhone 4S users. This may change with more testing, but it's a gut feeling.

For iPhone 4 users, however, the latest handset represents a more tempting proposition, especially if you are due an upgrade. The iPhone 4 does support iOS 6 (with the dreaded Apple Maps), but key features - such as Siri voice assistant and Panorama mode - are still not available on that device.

There is the price, of course. This 32GB edition has a SIM-free price of 599, but is available from all major operators. Our device was purchased on a Vodafone contract and is free from 47 per month. This includes unlimited calls, texts and 2GB of data allowance.

Ahead of our full review take a look at the video demo below:

Apple will not doubt sell millions of devices over the weekend as iOS fans flock to the stores around the world. Although impressive, the device does appear to have a killer feature which would make us recommend it to those who have an iPhone 4S.