The 4G rollout: is it enough?

Why is the UK lagging behind on 4G rollout? And can anything be done about it? Simon Brew has been finding out more… 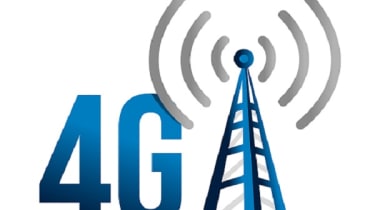 Earlier this month, the long-awaited announcement of 4G rollout in the UK was finally made. As of 11th September four cities have been benefiting from test 4G networks Birmingham, Cardiff, London and Bristol and come December, a further 12 will be added.

The plan, from those foundations, is to extend coverage to 70 per cent of the UK population by the end of 2013, and then for that figure to reach 98 per cent by the end of 2014. Important people have been making confident noises about such targets being met.

4G is one of those lovely abbreviations where it's assumed that everyone knows what it means, too. Standing for fourth generation, with 4G, the obvious tangible advantage of it will be the faster mobile internet access that on offer. Thus, while 4G' doesn't specifically refer to any particular brand of technology per se, it's accepted that it's referring to a higher capacity network, capable of delivering web access faster.

With that in mind, the news that the rollout has begun is surely good. The existing 3G infrastructure's limits have long been discovered, and 4G demand is unlikely to be low. People want, not unreasonably, faster, more reliable data access. Furthermore, operators themselves want to be able to offer faster, and inevitably more expensive, services.

In the UK, EE (nee Everything Everywhere) is spearheading the 4G rollout, although that in itself is not without controversy. Rivals are already protesting that EE has had an unfair head start in the marketplace. After all, EE's technology is using existing facilities for its network, and the government isn't planning a full auction for a few months yet. That's led to mobile networks threatening legal action, a threat that's only been dampened for the time being. We'll come to that shortly. Still, for the consumer, at least the upshot here is that something will be available this year.

For EE, it gets to boast that it's offering the "first UK 4G network", and it's also got a network in place for the launch of Apple's iPhone 5, which will be able to use it. Apple, earlier in the year, had hit problems with the Advertising Standards Authority, when it advertised its iPad as having 4G capabilities. It gave a glimpse into the frustration over the speed of 4G roll-out: the hardware has been ready to take advantage of it for some time, it's the infrastructure that has been lagging behind.

The truth is that it's still lagging, too. Inevitably, it's the likes of Japan and Korea that have been leading the way with 4G rollout, but as O2 complained last week, there are still things to unravel in Britain. And this comes back as much to politics as technology.

Currently in the UK, Ofcom is planning to hold the auction which will decide how to slice up the 800 and 2600MHz bands come the end of the year. This is a process that O2, amongst others, has been urging to be accelerated. There's an obvious business reason for that, in that every week that goes by with just EE in the market, it gives one company the kind of advantage that's been complained about. But there's also a frustration that the process in itself is simply taking too long.

Even once the auction is complete, there's work to do. The 800MHz band, for instance, is still used for other things (including air traffic control), and before it can be deployed for 4G services, it needs to be cleared. That work isn't expected to be completed until the autumn of 2013. The 2600MHz band will be available to use quicker, and the incoming 4G services are expected to use it a little quicker. EE currently runs its services in the available space on the 1800MHz band.

Obviously there's a logistical challenge in ensuring that such frequencies are cleared and fully available for use. But also, it's little surprise that 4G has been coming. Questions have been raised, with no surprising answers, as to why the process continues to drag on. The auction was first being talked about the best part of five years ago, and it's still not happened.

The likes of O2, Vodafone and Three, each inevitable winners of the eventual auction, are, as you'd expect, putting things in place to deploy 4G services as soon as they get full access to the appropriate frequencies. But Ofcom's process, and the logistical work, remains an obstacle.

The iPhone 5, as it turns out, may yet prove a catalyst to Ofcom accelerating its plans. As things stand, EE could have a full year of being the only operator to offer 4G services in the UK, and at the very least, that's likely to have legal ramifications. If Ofcom can't accelerate that, then the mobile operators are likely to turn to the courts to at least get recompense for the delay.

That, though, could have a further knock-on effect. Any legal issues could, in turn, delay the auction taking place, and the operators themselves will be keenly aware of that. It's more than likely in their interests to threaten the release of their legal wolves rather than unleash them, at least until the spectrums have been divvied up. After that, though, it's inevitable that the torturously slow UK 4G rollout will undergo an extensive post-mortem.

The problem, of course, is that billions of pounds of annual revenue for the companies involved are at stake, and while that's the case, such processes will continue to go slower, rather than faster. Future advances in technology are likely to hit similar issues, and the UK will continue to face a real challenge not in identifying what it wants to deploy, but in coming up with a mechanism by which it can do so quickly.

Perhaps, as the assorted lawyers of the assorted companies work out the existing conundrum, they might also want to put some things in place to unblock the obstacles they currently encounter for the future.