Apple should have stuck with Google Maps, says Schmidt 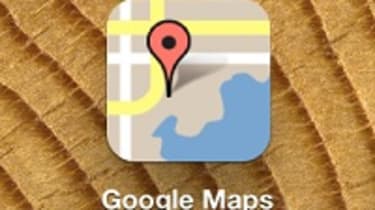 Google chairman Eric Schmidt has taken a shot at Apple, claiming the iPhone maker should not have cut Google Maps out of its iOS devices.

"We think it would have been better if they had kept ours. But what do I know?" Reuters reported Schmidt as telling reporters in Tokyo.

"What were we going to do, force them not to change their mind? It's their call."

Schmidt stated that Google may decide to submit its Maps app to the App Store, but admitted that nothing had been done yet. He also acknowledged there was a possibility that it could be rejected by Apple.

"I'm not doing any predictions. We want them [Apple] to be our partner. We welcome that. I'm not going to speculate at all what they're going to do. They can answer that question as they see fit," he said.

"Apple's desire for domination can give the perception that it doesn't always provide the best options for its customers," says Ken Deeks, Byte Night founder.

Meanwhile, Apple co-founder Steve Wozniak has expressed his disappointment with the Apple Maps navigation app, whilst speaking at an event in Sydney.

Wozniak, who is now chief scientist at IT storage firm Fusion-io, has well documented love for both the Android and Apple devices. He bought an iPhone 5 after queuing up with fellow Apple fans in Australia.

"I tried to navigate somewhere, and I couldn't get to where I wanted to by voice," he told ZDNet Australia.

"So, I was a little disappointed, because I love navigation by voice with my Google [Android] phones, actually, since they always get it and are based on a better database."

Wozniak added that he was aware of the problems with Apple Maps, but said he didn't know if they were that severe.