Telco has launched a range of new products to tap into the growing business demand for collaboration services. 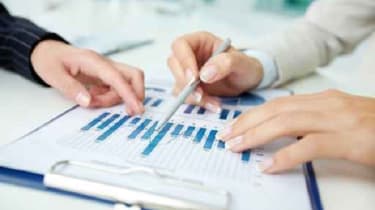 BT has launched a range of new collaboration services to tap into the growing demand from executives for more efficient ways of communicating.

According to a new global survey, sponsored by BT, executives think they are wasting up to 25 per cent of their time every day because of poor communication and collaboration.

On top of that, there's also a frustration with the restrictions placed by IT departments, particularly when it comes to permitting the use of executives' own devices.

Forty-eight per cent claimed their IT staff did not keep up-to-date with new technology.

Forty-eight per cent of respondents claimed their IT staff did not keep up-to-date with new technology, meaning many business managers are now starting to use platforms such as Facebook and Twitter in defiance of their own teams.

Andrew Small, VP of unified comms at BT said the common theme that emerged from the survey was the desire of managers to use their time more efficiently.

He said the company had reacted to this want by launching a public cloud version of Lync. Small said the offering, which follows on from the launch of an enterprise version, would be launched in the US on 1 November and in the UK during the first quarter of 2013.

One Cloud Lync will integrate several comms streams onto a single platform. So, an organisation's email can be integrated with instant messenger, audio, device-based video, screen-sharing, and interactive white boarding.

And the "presence" feature shows when someone's free or in a meeting. He said that the product offered a single interface to improve the experience.

Another new part of the BT portfolio will be OneVoice Anywhere, a smartphone app that aims to reduce the cost of roaming when working abroad.

It offers executives the ability to make calls from their own device using Wi-Fi. "In one trial in Asia Pacific, we found that phone call costs were were reduced by 40 per cent," said Small.

Apart from the new products, BT is also collaborating with Dolby Laboratories to find ways to improve the sound quality of audio conferences.

"This is a really interesting one," said Small. "It gives spatial awareness to participants in an audio call and that changes the way that people behave on such calls."

He said the new technology meant there was a more natural process. "In an eight-way or ten-way call, there's often a lot of talking over people going on: often the people with the loudest voices get heard while the quiet people, with the interesting viewpoints get isolated. This technology changes that."