Inside the Enterprise: A leading analyst firm says Windows 8 is a "gamble". But how much does Microsoft's bet matter to businesses? 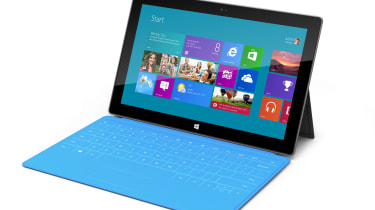 According to Gartner, the IT industry analyst firm, Microsoft is taking a "big gamble" with its Windows 8 operating system. The software company, Gartner says, needs to work hard to ensure its main Windows and Office products "stay relevant" where more and more corporate IT users are moving to tablets and other consumer devices.

The challenge for Microsoft and by extension for IT departments and even for end users is that progress does mean a break with the past. And that is not that easy to do.

Moving to Windows 8, for example, means moving to the Metro or "modern UI" as Microsoft now prefers to call it, and moving away from the desktop and the Start menu. If nothing else, this might mean some retraining for employees planning to use Windows 8 devices.

Then there is the question of hardware legacy. IT departments will need to look at the specification of their PCs, to see if they will run Windows 8, and whether applications need to be rewritten for the new system. Microsoft has already caused some concern by saying that Windows Phone 7 devices such as Nokia's first batch of Lumias cannot be upgraded to Windows Phone 8. PCs are usually more upgradable, of course, but the same cannot be said of legacy applications.

It is these applications that largely held back the take-up of Windows Vista: Gartner calculates that at its peak, Vista was on just eight per cent of PCs. Other data suggests that large numbers of PCs are still running Windows XP, either directly, or in a virtual machine or virtual desktop.

One reason is that there are still plenty of older applications that need Internet Explorer 6 to run. According to Browsium, a software company that helps businesses to keep using IE6 applications, the public sector is especially fond of the older browser, and is struggling to move to newer OS versions as a result.

Rewriting such applications will have other benefits than Windows 8 compatibility: better security, and the ability to run on iOS or other devices come to mind. But, with budgets tight, upgrading anything just to take advantage of an attractive new interface will be hard to justify. There have to be other, solid business reasons.

And that takes us back to Microsoft, and Gartner's view that the vendor is taking a gamble. Microsoft has done much better with both the roll out of Windows 7 and, so far at least, with its plans for Windows 8. There may be other devices out there now, but the PC is not about to disappear. And Windows 8 does look to be an attractive option, or even a safe bet, for end users.