Ofcom confirms 4G network plan is ahead of schedule

Regulator claims end users could have access to superfast services from next spring, thanks to faster than expected spectrum clearance. 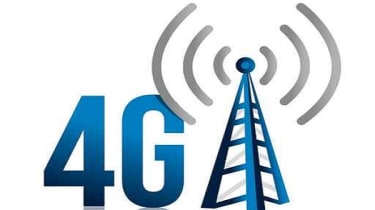 UK businesses should have access to 4G services from a range of mobile operators from next spring, which is five months earlier than planned.

In a statement, regulator Ofcom said it had secured an earlier than expected release of the 800MHz and 2.6 GHz frequencies, which will be auctioned off to mobile operators so they can offer 4G services to their customers.

These frequencies were previously used for digital-terrestrial TV broadcasts, and have been gradually freed up by the digital switchover campaign.

It is up to operators to deliver services that businesses and consumers expect.

Ofcom credited the "significant progress" that has been made with the digital switchover for allowing the rollout of 4G to occur ahead of schedule.

Ed Richards, chief executive of Ofcom, said the organisation hopes the 4G network auction will start before the end of the year.

"The actions we have taken with industry and government avoids the risk of significant delay and is tremendous news for consumers who might otherwise have waited a considerable period for the next generation of mobile broadband services," said Richards.

EE (Everything Everywhere) is the only UK operator in a position to offer 4G services to their customers at the moment, after Ofcom granted it permission to reuse part of its existing spectrum.

However, the firm is widely expected to take part in the spectrum auction, along with Vodafone and O2, which should provide end users with a wider selection of 4G providers to choose from.

As reported by IT Pro earlier this week, several mobile operators are understood to have taken part in Government-led peace talks last night to address the issues that have slowed down the UK's 4G progress.

In a statement, Culture Secretary Maria Miller thanked the mobile operators for the part they played in freeing space in the 4G spectrum.

"By speeding up the delivery of 4G in the UK, the Government is creating enormous opportunities," said Miller.

"It is up to the operators to now deliver services that businesses and consumers expect and we are confident they will succeed," she added.

In a statement, a Vodafone UK spokesperson, said a lot of work will need to be done to hit the spring launch date.

"[That aside] we now have a path to the launch of competitive 4G services next spring, bringing real benefits to consumers, businesses and the wider economy."

An O2 spokesperson added: "We welcome the statement from the DCMS and are pleased to have influenced the process to bring the date forward for universal access to 4G."