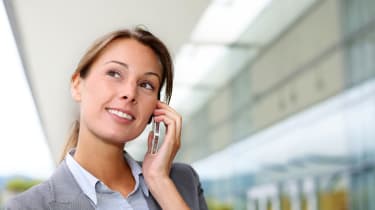 Over 45 per cent of smartphone users now use an "over the top", or non-operator, instant messaging service, found Analysys Mason. And one in five now use voice over IP (VoIP) as an alternative to their mobile company's voice minutes. The analysts found that 20 per cent of mobile VoIP users used the service more than regular cellular voice minutes.

Analysys Mason monitored the behaviour of 1,000 smartphone users in the UK, France, Germany, Spain and the US over a two-month period. The most popular messaging application was WhatsApp Messenger, used by just under 20 per cent of the panel. The most-used voice application was Skype, picked by 79 per cent of VoIP users, or 16 per cent of the total panel. Other VoIP services used included Viber, fring and Google Talk.

And, although only a minority of smartphone owners use VoIP today, the analysts suggested that the number of people willing to use VoIP as their main voice service is growing a trend likely to accelerate as VoIP technologies become more tightly integrated into other messaging services, or even with social networks.

"As more people use VoIP as their primary voice service, the danger for mobile operators is that they become relegated to providing secondary voice services, picking up the 30-40 per cent of calls from users contacting people outside their core calling circle," said Stephen Sale, co-author of the report. "If this occurs widely, operators' roles will be marginalised."

The move to using OTT services could also accelerate, as 4G networks roll out in the UK.