Reports latest in string of concerns over behaviour of Chinese company. 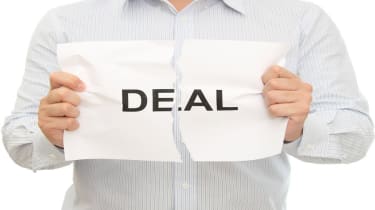 Networking equipment manufacturer Cisco has terminated its partnership with Chinese telecommunications equipment maker ZTE. According to Reuters, the move was prompted by revelations that the Shenzhen-based company has sold Cisco branded products to Iran. The news comes hot on the heels of announcement that the company could be shut out of the US market due to security fears.

It has been alleged that the Chinese firm has been selling computer equipment developed by Cisco and other US-based companies to Iran's telecoms companies. Such sales are subject to trade restrictions or, in some cases, banned.

The allegations have been made following investigations by the FBI, US Commerce department and the American companies themselves, which reportedly uncovered the sales. It is also claimed that the ZTE may have shredded documents in an effort to cover its tracks.

ZTE spokesman David Dai Shu said: "ZTE is highly concerned with the matter and is communicating with Cisco. At the same time, ZTE is actively cooperating with the US government about the probe into Iran. We believe it will be properly addressed."

IT Pro contacted Cisco, however the company declined to comment on the claims.