ZTE and Huawei hit back at US Government accusations

Chinese companies deny their equipment could be used for spying by Chinese government. 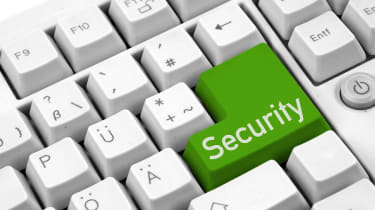 The Chinese telecoms firms at the centre of a political storm, ZTE and Huawei, have hit back at allegations that their equipment could be used to spy on American companies and government agencies.

In a statement, ZTE reaffirmed its commitment to work with the US House Permanent Select Committee on Intelligence, government agencies and the private sector to address all security concerns.

David Dai Shu, ZTE's director of global public affairs, said "ZTE appreciates the Committee's recognition that ZTE has offered US carriers a Trusted Delivery Model solution. ZTE will work with the Committee, US government agencies, and ZTE's US customers to identify and deploy the most effective equipment cyber-security measures possible. ZTE is committed to assuring US carriers and US government agencies its equipment is safe."

The Shenzhen-based company also intimates in its statement that it is unfair to single out ZTE and Huawei simply because they are the two largest Chinese companies supplying infrastructure to the US.

"It is noteworthy that, after a year-long investigation, the Committee rests its conclusions on a finding that ZTE may not be free of state influence.' This finding would apply to any company operating in China ... given the severity of the Committee's recommendations, ZTE recommends that the Committee's investigation be extended to include every company making equipment in China, including the Western vendors. That is the only way to truly protect US equipment and US national security," added Dai Shu.

ZTE's commitment follows news that networking specialists Cisco split with the company over allegations the Chinese firm had sold Cisco branded products to Iran. The US House of Representatives Intelligence Committee has also warned American companies and government agencies to avoid using ZTE and Huawei. The committee claimed in a report published on 8 October that the two firms represent a national security threat to the US. However in the UK, Huawei is also a major supplier to BT and Everything Everywhere.

Huawei has been even more forthright in its response to the committee's report. A spokesperson for the company said: "The United States is a country ruled by law, where all charges and allegations should be based on solid evidence and facts. The report conducted by the House Permanent Select Committee on Intelligence ... failed to provide clear information or evidence to substantiate the legitimacy of the Committee's concerns."

"The report released by the Committee today employs many rumors and speculations to prove non-existent accusations ... We have to suspect that the only purpose of such a report is to impede competition and obstruct Chinese ICT companies from entering the US market," the spokesperson added.