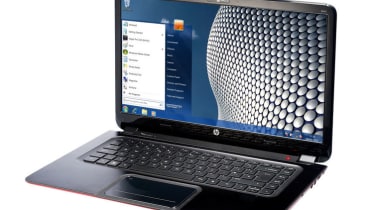 Intel has shaken up the laptop world by spending shedloads of cash on Ultrabooks, but it's left AMD with a problem: while its A-series APUs have been well-received thanks to a balance of application and graphics performance, Intel's domination gives it fewer platforms than ever to show off its technology. To compete with the Ultrabook range, AMD has come up with its own range.

The new HP Envy 6 looks and feels like an Ultrabook but, squint at the corner of the chassis, and you'll see a different logo, with the red of AMD replacing the blue of the familiar Ultrabook sticker. There's a different name, too: HP has dubbed these AMD-powered machines "Sleekbooks".

The Envy 6 shares many of the desirable attributes we've come to expect from Ultrabooks. A smart brushed metal finish coats the Envy's body and is reminiscent of the designs we've seen on dozens of Intel-powered laptops, and the familiar red of Beats, the audio technology that's included on so many HP laptops is found on the base. 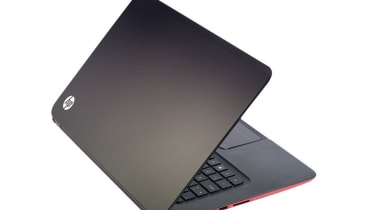 For a machine which has a 457 ex VAT price, the built quality is of a high standard and rivals the more expensive Ultrabooks. There's very little give to be found in either the wrist-rest or the base, and the screen is the only area where we made the Envy significantly flex and, even then, its bending didn't give way to any distortion on the 15.6in panel.

Getting down to business

The Envy 6 looks and feels like it can match its more expensive competition but, begin using the Sleekbook and you'll see why it is cheaper. It doesn't match up to Intel's stringent hardware requirements, for instance at 20mm thick and tipping the scales at a little more than 2kg it's both thicker and heavier than the majority of Ultrabooks.

We found the keyboard to be inconsistent too. The sensible layout means it's easy to get up to speed, with a double-height Return key and a wide space bar. The typing action is reasonable, too relatively light thanks to Scrabble-tile keys but with a solid base that makes typing comfortable. We're no fans of the space bar's irritating plasticky clicking noise, though. And HP hasn't managed to a fit a numberpad onto the Envy 6. 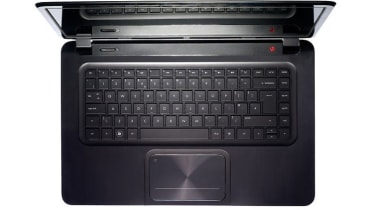