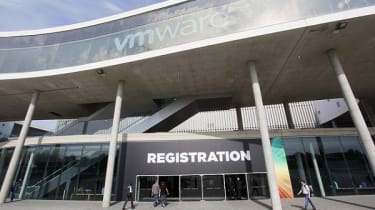 Virtualisation giant VMware has hailed the arrival of a new set of cloud management tools as the "missing piece" of its much-talked about software-defined datacentre strategy.

The vendor took the wraps off several new and updated additions to its vCloud Suite during the keynote address at the VMworld Europe conference in Barcelona earlier today.

The Suite is the cornerstone of VMware's software-defined datacentre ambitions, which aim to provide end users with a datacentre infrastructure that is completely virtualised, automated and delivered as a service.

vCloud Suite is unmatched in the marketplace.

VMware used its VMworld US conference last August to announce the first tranche of vCloud Suite products, and has now added to these with a further slew of provisioning and management tools.

During his opening keynote address, VMware's new CEO, Pat Gelsinger, described vCloud Suite as one of the fastest-adopted products in the company's history.

"The new vCloud Suite has had a tremendous response from the market placeit's [had] the fastest uptake, most rapid adoption for a new product from VMware," he claimed.

"[But] when we think about the VCloud Suite that we rolled out at VMworld US there was one piece we couldn't deliver on yet [that would allow] less management and more automation."

The vendor's chief marketing officer, Rick Jackson, added that industry watchers might be surprised by VMware's decision to update vCloud Suite so quickly after launch.

"If you thought innovating, and bringing new releases to the market every year was fast ... well, it's only been five weeks and we're introducing the new version of the vCloud Suite," said Jackson.

"We are committed to working with our partners to advance IP around the cloud operational model [and [provide users with a] safe and accelerated path to cloud computing," he added.

These new additions to the suite include vCloud Automation Center 5.1, which features technology VMware gained through its acquisition of DynamicOps in July.

The offering introduces the concept of policy-based provisioning across VMware-based private and public clouds, as well as multiple brands of hypervisiors and Amazon Web Services' public cloud platform.

Using a self-service portal, the product will allow both end users and IT administrators to manage their entire IT infrastructure.

In a similar vein, the firm also introduced the vFabric Application Director 5.0, which it claims will let users provision custom built and Microsoft applications on VMware- and AWS-based clouds.

Further additions include the vCenter Operations Management Suite 5.6, which allows CIOs to track the capacity and performance of their hybrid cloud environments, and vCloud Connector.

"vCloud Suite is unmatched in the marketplace ... and the most complete offering in the market," Gelsinger added.