Rumours suggest Apple is on course to unveil a new addition to the iPad family later this month. 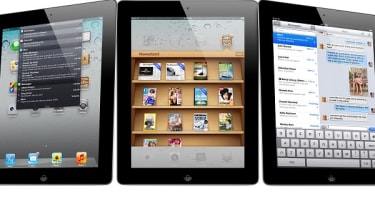 Consumer electronics giant Apple is expected to unveil a smaller version of the iPad on 23 October, sources have indicated.

Wall Street market watchers predicted months ago that Apple was planning a smaller and cheaper version of the device, a move that analysts say might hurt the vendor's margins, but would prevent its rivals from dominating an increasingly important computing segment.

The source did not specify what the product would be and an Apple spokesman declined to comment. However, tech blog AllThingsD reported on Friday that Apple would launch the mini iPad at the event. The device is expected by many experts to have a screen size of seven to eight inches.

The 7.85-inch iPad Mini fit our hands like a glove.

A smaller iPad will directly compete with Amazon's Kindle Fire HD tablet and Google's Nexus 7. Both devices have 7-inch screens and sell for $199. The first Kindle Fire, launched last year, grabbed about a fifth of the US. tablet market.

The Nexus 7 has also seen a successful start, with the tablet selling out soon after launch.

One Wall Street analyst claims to have seen the smaller tablet, dubbed iPad mini by the media, while visiting component suppliers in Asia.

"We actually had the opportunity to play with a pilot iPad Mini used by one of the vendors," Topeka Capital analyst Brian White said. "This 7.85-inch iPad Mini fit our hands like a glove and we were easily able to tuck the device in our sport coat, offering consumers a more mobile iPad experience for certain use cases."

A mini version of the iPad marks a departure for the company that now has just one 9.7-inch iPad, although it does come with various storage options and starts at $499.

Late Apple founder Steve Jobs famously derided the 7-inch screen as unwieldy for tablet applications, saying the devices should come with sandpaper so that users can file down their fingers to use them.

But an internal email revealed during the patent trial showed that internet chief Eddy Cue argued there was a market for a 7-inch tablet and that Apple should have one. The email, sent in early 2011 to top Apple executives, said Jobs had warmed up to the idea.

Struggling Silicon Valley technology icon HP was among the first to show, albeit unwittingly, that there was indeed a healthy market for cheap tablets. Sales of the TouchPad took off after the company slashed the price to $99 from $399 and $499 after deciding to kill the product.