Home secretary rules McKinnon will not be extradited to the US

Extradition would be incompatible with human rights. 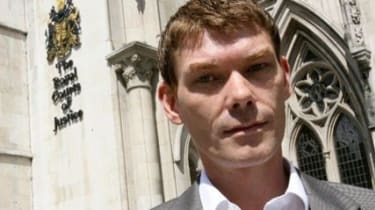 Home secretary, Theresa May has announced that computer hacker Gary McKinnon will not be extradited to the US.

The Home Secretary acknowledged that McKinnon is accused of serious crimes, but noted - after careful consideration of all the legal and medical factors - he is not fit to stand trial.

"Mr McKinnon is accused of serious crimes. But there is also no doubt that he is seriously ill. He has Asperger's Syndrome, and suffers from depressive illness. The legal question before me is now whether the extent of that illness is sufficient to preclude extradition," May told Parliament.

"After careful consideration of all of the relevant material, I have concluded that Mr McKinnon's extradition would give rise to such a high risk of him ending his life that a decision to extradite would be incompatible with Mr McKinnon's human rights."

The Director of Public Prosecutions will now decide whether McKinnon has a case to answer in the UK.

McKinnon, who has been diagnosed with Asperger's Syndrome, admitted hacking into NASA and Pentagon systems in 2001 and 2002. However, he claimed there was no malicious intent and that he was simply looking for evidence of extraterrestrial life.

US authorities have claimed that McKinnon carried out one of the "biggest military hacks of all time", and that he caused $800,000 (487,000) worth of damage.

The US government has been pushing to have him extradited to face charges, and he could face up to 60 years in prison.

McKinnon was set to be extradited to the US in 2010, until a High Court judge ruled that he was a suicide risk. Current Home Secretary May said she would review the case.