Firms to develop unified a access point for applications, data, voice and video. 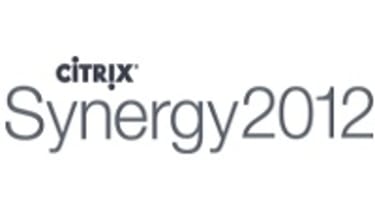 Citrix and Cisco are set to increase their collaboration as they aim to make it easier for businesses to transition to the cloud.

The cloud and virtualisation giants will work together to develop a secure, unified access point for applications, data, voice and video to enable mobile working. This, will be enabled through cloud orchestration and cloud networking based on Citrix's NetScaler cloud network platform, the firms said.

The announcement was made during Citrix CEO Mark Templeton's keynote speech as the Synergy 2012 event, in Barcelona. Templeton was joined on the stage by Padmasree Warrior, chief technology and strategy officer of Cisco, who described the collaboration as part of a paradigm shift within the IT arena and the company's outlook.

Warrior explained why the two organisations had decided to come together and why they had chosen to do it now.

"We believe the future of IT is changing and it is going to change much more rapidly than it has over the past six decades or so," she said.

"If you look at the history of the IT industry, every 10 to 20 years we have seen a major transformation, going from mainframe computing to minicomputers and then a cloud server model in the last decade where we all participated in web-based applications."

The collaboration will unfold in three phases. Initially, Cisco will begin recommending NetScaler to its customers. The company will then validate selected Citrix products that are integrated into its own datacentres, followed by jointly creating simplified cloud orchestration for Cisco's datacentres.

Finally, cloud networking will bring together the orchestration and simplified stack elements.

However, Warrior added that Cisco will not be abandoning its own cloud network platform, ACE.

What to expect from Cisco Live 2019