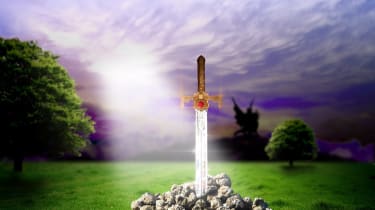 Citrix is to launch two new products that will allow Windows applications and desktops to be delivered as a cloud service.

The Excalibur release is "all about simplicity and mobility", said Templeton, and sports a number of technical features to help it achieve that goal, including FlexCast 2.0 desktop virtualisation and performance management offering EdgeSight.

The Merlin release is focused on automation and cloud. This version of Avalon will run on CloudStack, Citrix's open source framework, and will allow the functions of Excalibur to be automated and operate on a self service basis.

It will also be able to incorporate previous versions of XenApp and XenDesktop virtualisation products to deliver what Templeton described as "Windows-as-a-Service".

The offerings will let businesses consume Windows applications or desktops as a cloud service, which can be delivered across any network to any device, claimed Citrix.

To highlight this capability, Citrix technology strategist Brad Peterson demonstrated during the keynote how Excalibur could be used to access a Windows 8 virtual desktop on an iPad.

The Excalibur release will be available as a tech preview on 1 November. No further release dates for Excalibur or Merlin were given.