Death of the CIO?

If the CIO does their job too well they might just kill-off their role... 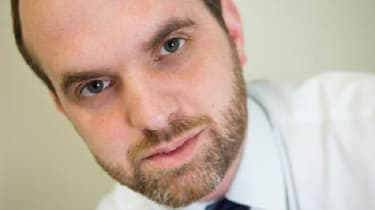 Have you ever read an article suggesting the CEO or CFO position is under threat? It would be anathema to think a big business could run without a chief executive or a head of finance.

Not so the CIO, apparently. IT leaders are simply responsible for the plumbing that allows the business to do more important things, like sell stuff and make money. And their role is dying.

Parallels are often drawn to the early twentieth century, when firms employed a chief electricity officer to deal with the demands for power. The role disappeared as electricity became a utility and a standardised element of business operations.

The same, so the argument goes, is happening in IT. Technology, through the advent of cloud and consumer IT, is becoming a utility. Companies of the future won't need a CIO because technology will come in standardised form like technology.

Yeah, good luck with that one. Technology standardisation, as a platform for utility-like purchasing, remains a distant dream. Research from consultant Booz & Company suggests there are 160 standards covering different aspects of the cloud currently being deployed or considered.

When was the last time you wanted to plug something in and found 160 different sockets? The answer, of course, is never because a whole series of activities took place to consolidate power arrangements.

The vested interests of vendors, and the legacy systems of businesses, mean IT still relies on endless sockets. It's not just about the cloud, either. Consider the broad range of social tools, the unabated rise of big data and the demands of a tech-savvy consumer, and you can begin to see technology is more like an encumbrance than a utility.

Only one person, the CIO, can help turn IT from a hindrance to a useful business benefit. Make that happen and the CIO might well make their position redundant. But by demonstrating such capabilities, the CIO will be seen as a crucial part of the boardroom and a true business executive.

The CIO role might die eventually. But we're a long way from writing the obituary. And on the way to the graveyard, the IT leader has an opportunity like never before to demonstrate the crucial role of technology to the business. Long live the CIO.