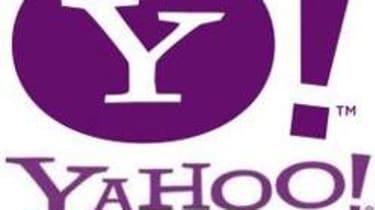 New Yahoo CEO Marissa Mayer wants to return the company to its technology roots, sources claim, as she battles to turnaround the fortunes of the beleaguered internet giant.

Long torn between whether it should focus on media content or on tools and technologies, Yahoo under Mayer is focusing on the latter camp, according to industry sources.

Her hires, acquisition musings, and other early moves hint at an ambitious, technology-driven comeback plan designed to revitalise aging but well-trafficked properties such as Yahoo Mail, Yahoo Finance and Yahoo Sports.

Yahoo has been criticised for allowing these sites to stagnate - they look very much like they did five years ago, and do not have many bells and whistles to encourage users to spend more time on them.

Mayer's plan is to make Yahoo's properties much more interactive, on PCs and on mobile devices, using social media tools to personalise the user experience and new technology to boost advertising sales.

Her well-known focus on user design is expected to result in a simpler, less-cluttered email and home page, one source said.

Mayer, who gave birth to her first child weeks ago, will unveil details of her comeback plan when Yahoo reports quarterly results later today.

Mayer's focus on technology in many ways reverses a course set by her predecessors, who had concentrated on media content deals.

The new strategy is not without risks: it positions Yahoo squarely against Facebook and Google.

It also risks alienating a large, media-focused contingent that is already weakened by the departure of Ross Levinsohn, who had championed a media-centric approach when he was interim CEO before Mayer's arrival in July.

Mayer has been meeting with internet gurus including AOL CEO Tim Armstrong, Silicon Valley lawyer Larry Sonsini, and Wall Street investment bankers, according to people familiar with the matter.

Bankers have pitched Mayer and her team on a slew of potential acquisitions, and they appeared to show interest in restaurant reservation site OpenTable and advertising technology companies PubMatic, Turn and Millennial Media, one of the people said.

Caterva, a small start-up whose technology analyses social media activity, has also been in low-level talks with Yahoo, said another source familiar with the situation.

With more than $2 billion in cash and short-term securities, Yahoo has the money to acquire engineering talent or bolt-on services.

"What they've signaled so far is that the deals will be more niche in nature, smaller deals that maybe have a lot of promise," said Ken Allen, a director at Blackstone Advisory Partners.

Many industry insiders believe Mayer is Yahoo's final hope for reversing the company's decline. Four of her predecessors have tried in vain to right the ship - Yahoo's market value of $19 billion, is less than half its $44 billion value in 2005.

Mayer, who earned a masters degree in computer science from Stanford University specialising in artificial intelligence, has moved quickly on the personnel front, shelling out rich pay packages to attract ex-colleagues from Google and elsewhere.

"She's spending almost all her time with the product folks. She's spending it on technology. She's talking about engineering hires," a person close to Yahoo said about Mayer's early days.