Apple is expected to launch a new iPad later today, and we take a look at some of the features end users might just see included on the new device. 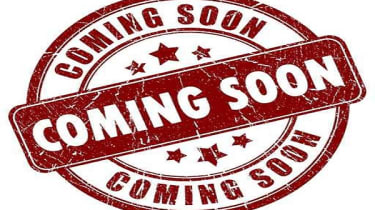 The rumoured device, dubbed the iPad Mini, is expected to sport a 7.85in display and would make a curious addition to the vendor's product family, given late Apple CEO Steve Jobs' thoughts on 7in tablets.

During an earnings call two years ago, transcribed here by Seeking Alpha, Jobs said 7in devices were not big enough to provide "great tablet apps" and joked that users would need to file down their fingers with sandpaper to use them properly.

Each new iOS mobile device has debuted with a non-retina display.

"Given that all tablet users will already have a smartphone in their pockets, giving up precious display area to fit a tablet in our pockets is clearly the wrong trade-off," he added.

In the two years since Jobs spoke out about the limitations of smaller devices, Apple rivals Google and Amazon have both released 7in tablets (the Nexus 7 and Kindle Fire HD, respectively) to much acclaim.

This probably goes some way to explaining why Apple may (or may not) have decided to join the 7in tablet bandwagon.

In the lead up to today's launch event, speculation about the price and features of the rumoured device has been rife. Here, we take a look at some of the most hotly tipped specs.

Daring Fireball writer (and noted Apple blogger) John Gruber has suggested the name iPad Air could be a contender, because the device is likely to be thinner and lighter than the other products in Apple's tablet range.

"[The name]Mini' just doesn't feel like the right way to describe something that's remarkably thinner and lighter but not that much smaller than the regular iPad," he added.

Meanwhile, Gruber said last week that, unlike the iPad 3 and later versions of the iPhone, he does not think a smaller iPad would feature retina display.

"Each new iOS mobile device has debuted with a non-retina display, and then gone retina two or three years later," he pointed out in a blog post.

Gruber said he expects the major selling points of the device to be its "thinness, weight, and price", and including a retina display would make it "thicker, heavier, and more expensive."