We give you a rundown of all the key features about Microsoft's first 10.6in tablet. 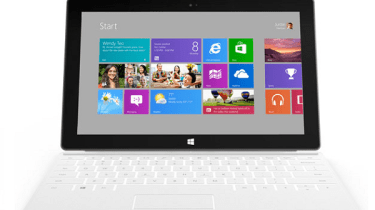 Microsoft Surface RT launches today and we give you a rundown of exactly what to expect from the tablet/laptop hybrid.

First off it's important to emphasise that Surface RT tablets are NOT running the full version of Windows 8 so they will not be able to support legacy applications.

Instead the operating system used is Windows RT, which is Microsoft's answer to Apple iOS mobile operating system. Just like the iPad, functionality on the Surface RT will come primarily through using apps and surfing the web.

To get you started Microsoft will ship the Surface RT with a handful of apps:

Office Home/Student 2013 RT Preview which is made up of Word, Excel, PowerPoint and OneNote,

Microsoft didn't give an exact figure about how many apps will be in the Windows Store at launch, but claimed that 100s of apps are added everyday and this will continue to increase.

What about the size?

The Surface tablet isn't small it's more akin to netbook with a touchscreen. Ironically, all major tablet manufacturers such as Amazon, Apple and Google are launching devices with screen sizes between 7 8ins, but Microsoft is entering the market with a large 10.6in device.

The display supports multitouch and has a resolution of 1366 x 768. Microsoft has gone with the sensible 16:9 display ratio.

The sheer size of the display means the RT is not going to be light either. The RT weighs in at 680g. That's like carrying two iPad mini devices (308g) and then some. 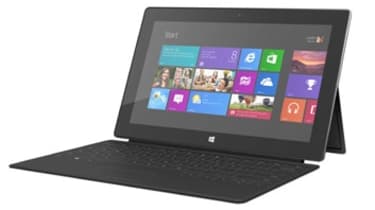 However, Panos Panay, Microsoft's head of Surface explained in detail why this size was chosen, during the launch event in New York. The display was "designed from the ground up" to accommodate all the unique components for Surface and to provide a comfortable multitasking experience, he said.

Microsoft has also used Cleartype display technology, which Panay claimed provides the most realistic blacks and whites and has barely any reflection, even in well lit environments. Microsoft has used Gorilla Glass 2 and Panay even dropped the Surface RT during his presentation from shoulder height to demonstrate how rugged it is.

Microsoft is touting the strength of the screen, thanks to Clear bonding technology. The firm cheekily attached skateboard wheels to an otherwise unmodified Surface and showed Steven Sinofsky, president of Windows riding around on it.

There is a kickstand on the back, which allow users to place the device upright on a table during meetings or during the commute. 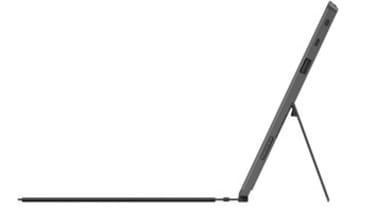 However, perhaps the most unique feature is the Touch Cover, which doubles as a pressure sensitive keyboard. Panay noted that it will take "four or five days" to get used to the keyboard, but once you've adjusted you should be able to touch type.

The Touch Cover clips into place with magnetic connectors which are strong enough to allow you to hold the device upside down. However, the Touch Cover is not included in the base price and the Surface RT will cost 479 if you want it included. 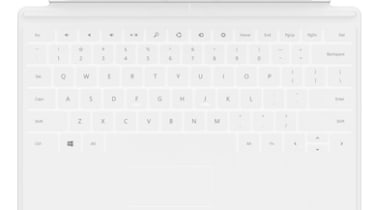