A look at the key features which will found on the forthcoming devices including the Nokia Lumia 920 and HTC 8X. 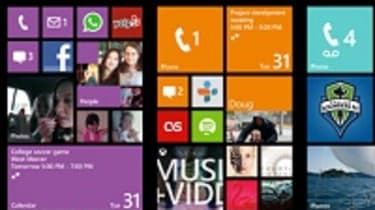 October has turned into Windows season, with Redmond finally unveiling all the features of Windows Phone 8 ahead of the UK launch, which is due to take place on the 2nd November.

The firm has already showcased a number of handsets, which will run the mobile operating system, with key players including Samsung, Nokia and HTC all set to launch devices.

Microsoft is touting the business benefits of the handset, and IT Pro has had some hands on time with a variety of devices including the Lumia 920 and HTC 8X.

The most noticeable feature about Windows Phone 8 compared to its predecessor is the ability to customise the homescreen. It is possible to change the size of Live Tiles - so every device will look different depending on the user. This personalisation element was severely limited in Windows Phone 7, so this is welcome. See the hands on with the Lumia 920 below:

Not only are there Live Tiles, but Microsoft has also added a Live Apps feature. So for example when you are browsing a movie review within the Flixster app, the Tile will continue to display key information you were browsing when you exit back to the home screen.

The business friendly features which were introduced in Windows Phone 7 remain and have been improved. Phone 8 devices will ship with the latest version of Microsoft Mobile Office (2013) and users will be able to sync their devices with SkyDrive and Office 365 accounts.

There is also a OneNote app pre-loaded onto the device, which is able to take voice dictated notes, and then sync them with other devices via SkyDrive.

A key addition is the ability to create "Rooms" - this is useful for those who work as part of a team. You can populate a room with team members, and it is possible to keep track of social network updates, communicate via instant messaging/text messages, share calendar appointments, notes and location as well as photos.

Business users with children will find the Kids Corner application invaluable too. After activating this in the Settings menu, users will be able to give children the devices without worrying about them sending an embarrassing email to the boss or accessing inappropriate content.

Users can choose which applications will be available in this sandbox environment and as soon as the phone is locked, children will only be able to access the Kid's Corner via a swipe left. It's easy to set up, but of course it won't prevent any physical damage to the handset.

Microsoft is expected to continue pushing out updates to users. Key features will include the Skype app, which will be "always on" so users will never miss an important IM or video call.

Another important feature which will be pushed out will be the Data Sense app - which has more than a passing similarity to the Opera Mobile browser, which is available on the platforms such as Android. Essentially, Data Sense will compress web pages and will adjust to the behaviour of the user. Heavy data users could find that it helps them to stretch their data allowance.

After an initial hands on we feel that WP8 looks like a complete operating system. IT admins will be pleased that encryption is built-in and applications from the Windows Store are sandboxed.

In terms of performance we noticed Windows Phone 8 devices not only retained the smoothest we experience in Phone 7, but the addition of dual-core power also means that apps load up noticeably faster and multitasking is snappier. We expect the OS to start attracting the attention of the enterprise. Stay tuned for full reviews soon.

Despite playing catch up in the mobile space, Microsoft has worked hard to polish the Windows Phone platform and has added a number of key features.

Manufacturers such as Nokia and HTC look to have nailed it from a hardware point of view, but the success will depend on whether users see it as a viable alternative to Android and iOS. With $1bn campaign set to accompany the Windows 8 Phone and desktop platform we wouldn't bet against it.