We pit the latest iOS 6 device against the first tablet from Microsoft, which runs the Windows RT OS. 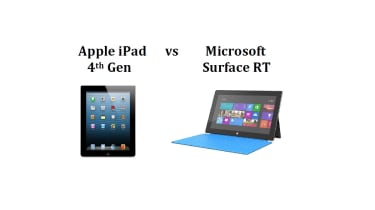 Microsoft is playing catch up to Apple in the tablet market, and to kickstart adoption of its latest operating system, Redmond has decided to make its own tablet too.

Both devices run on mobile operating systems - the iPad ships with iOS and Surface RT uses the newly launched Windows RT. This means they rely on apps and the internet for functionality. Starting prices are the same at 399 - but it's the connectivity and the ecosystem where there is a major difference.

If you're undecided about which device to plump for check out the key specifications and our initial thoughts: 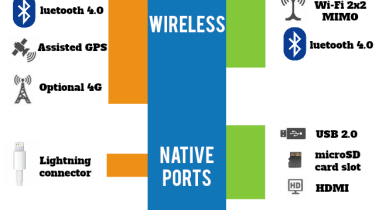 So what do we think about the devices? Check out IT Pro's initial verdict

At present the iPad has the clear advantage in terms of apps - 275,000 vs 5,000. However, Microsoft has a massive developer base and the Windows RT ecosystem is set to grow.

In terms of functionality and pricing there is not much to separate the devices. Microsoft could even be said to offer slightly better value as the 32GB Surface ships with a cover for £479. For the same price you simply get a 32GB iPad.

We don't envisage there being a major performance difference between the devices, so Surface RT is shaping up to a competent challenger to the iPad.