We test out the flagship Windows Phone 8 device from HTC, which features a 4.3in display, dual-core 1.5GHz Qualcomm chip and 16GB of internal storage. 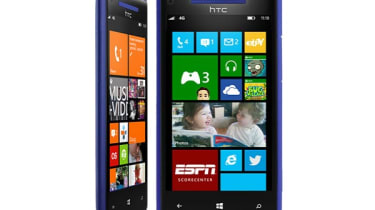 We've been waiting for Windows Phone 8 for quite some time and six months after its initial announcement, the HTC 8X (also called the Windows Phone 8X by HTC) is here.

The big question is whether Microsoft has managed to improve the Windows Phone 8 interface enough to make it a viable competitor to iOS and Android.

One of the biggest changes in Windows Phone 8 is the ability to customise the home screen. It allows you to re-size each of the Live tiles and personalise the device. It does take some practice to arrange the tiles as you like them, but dedicate a good few minutes to this and you'll find an interface where all your apps are where you want them in a much less complicated view than Android. Some may see it as boring, but we love it. 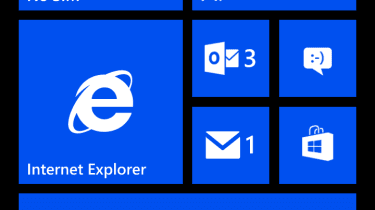 Of course, you can also change the colours of the tiles too and these really pop if you set the theme to dark.

Another great addition is the inclusion of plug and play functionality. Microsoft has scrapped the need for Zune, and you can now connect your Windows Phone device to a PC or Mac and drag and drop files such as pictures, music and TV shows. This gives you flexibility just like the Android platform.

Microsoft is slowly getting there with apps. The firm announced that it would be launching a variety of apps with standby screen live alerts, including Facebook and Twitter.

However, developer interest in Windows Phone isn't as high as Android and iOS and many of these apps weren't available at the time of testing. It's a real shame apps are so far behind on Windows Phone 8, because it's the one thing that make people choose Android or iOS over Windows Phone.

OneNote and Office are included , as you'd expect on a Windows Phone device, and you can sync with SkyDrive if you have it set up. If you use Office 365, this will automatically be synced when you set up the corresponding account on the HTC 8X.

We did have problems when trying to connect to our Skydrive though, despite having full HSDPA+ signal. It took three attempts before we were able to connect and upload a new file. 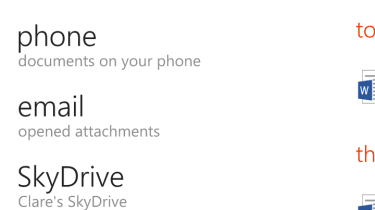 Highlights include the ability to use OneNote or Office365 on your device, you'll find the keyboard and typing functionality as a whole has been improved in Windows Phone 8. Accuracy of autocorrect is significantly better and the slider when highlight portions of text is much more responsive, allowing you to highlight individual letters rather than jumping to highlight the whole word.