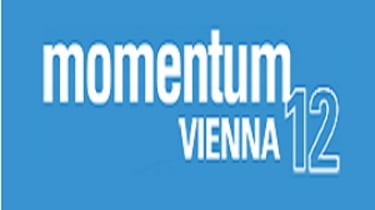 EMC has reinforced its commitment to the Documentum brand by ushering in a new version of the enterprise content management (ECM) system.

Documentum 7.0 was unveiled, along with several other major enhancements to the product, this morning at the EMC Momentum 2012 conference in Vienna, Austria.

The event is aimed at users of EMC's Information Intelligence Group (IIG) products.

We have delivered two times as many patent requests in the past two years as have in the last five.

During the event's keynote presentation, Rick Devenuti, president of EMC IIG, described the launch as the "largest simultaneous release" in Documentum's history.

"We have delivered two times as many patent requests [in the past two years] as have in the last five year combined," he said.

"[It's] an amazing wave of creativity to [develop] these products to ensure you can transform your business."

The introduction of the new features follows on from the assurances given by EMC's CEO Joe Tucci back in May about Documentum's importance to EMC in the big data and cloud era.

To this end, Documentum 7.0 has been equipped with the EMC xCelerated Management System technology, which the company claims will make it easier to deploy in VMware-based clouds.

A private cloud hosted version of Documentum 7.0 is also available via EMC OnDemand.

During a pre-keynote press briefing, Danny Pidutti, director of xCP products and solutions marketing at EMC, said with VMware's help end users should now be able to deploy Documentum more quickly than before.

"[This means] can now deploy an entire [Documentum] stack in hours rather than days and weeks, [which will bring about a] fundamental change to the way applications will be deployed," he said.

"Companies that want to deploy apps in their own datacentre, [using] their [virtual machine] infrastructure can now deploy in hours.

"In the past with Documentum...standing up any enterprise application takes time, so we've taken that burden away," he continued.

Documentum 7.0 forms the basis of EMC's Documentum xCP 2.0 offering, which was also announced today and has been billed by the vendor as a "big data action engine".

The product allows end users to build business process management applications that integrate with Documentum using development tools that are free to download from the EMC Community Network.

Pidutti claimed xCP users will no longer need to use software coding, as the offering uses a "drag and drop"-style approach to application creation.

"We don't do code any more. We're assembling a user experience on the fly in a drag and drop environment," said Pidutti.

"We've integrated a set of technologies that we can now create any end-to-end business app in one design environment."