This week's EMC Momentum 2012 user conference saw the storage giant overhaul its enterprise content management system, Documentum. Here, London Heathrow Airport tells us why it is continuing to invest in the product. 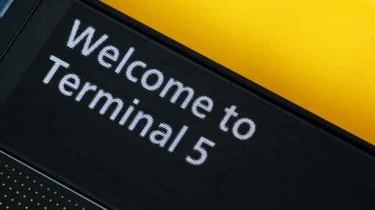 How easy has it been to get users to adapt the way they work to include Documentum?

We had a philosophy at the beginning which centred a lot on classroom-based training. What we found, though, is that people come along to a session and forget what they've learnt almost straightaway.

What we do now is these early courses for new users, but then we trawl round all our key users and do one-to-one training with them as they're doing their job. So if you've got a document to issue, we will talk them through the process.

People soon appreciate that it's not as onerous or clunky as they thought to use.

When you look at what you have to do to migrate off, the numbers start to get phenomenal.

This also helps people realise they're liable for something if it goes wrong, and that really focuses their mind.

What has prompted some of the other departments at Heathrow to take it on?

Some of it is around regulatory requirements. We are a regulated organisation and every two and a half years we go through audits, which means lots of scrambling around to find information.

So, it is good practice to store that information in a central place where it can be controlled, structured and easily retrieved.

There are going to be parts of the business where they can happily continue using shared drives for documents because it is not going to break the company if we lose what they have been working on, although it would admittedly be a bit annoying.

Some departments have expressed an interest in adopting it, but when they see what's involved, they back off. But most of them will come around.

You mentioned that you've upgraded Documentum several times over the last few years. Have you ever been tempted to migrate to a competitor's product instead?

We have to test [competing solutions], because we have to justify upgrades to our stakeholders and prove we're getting good value for money.

We introduced Microsoft Sharepoint into the business [around the time of the last upgrade] as an intranet tool, which was pushed in some parts to be adopted as a document management system.

But, to get it to do all the things that Documentum does out of the box, we would have had to have spent considerable amounts of money. Then, when you look at what you have to do to migrate off, the numbers start to get phenomenal.

The thing that might cause us to move off Documentum is if EMC decided not to move the product forward, but based on what we're seeing this week, they are introducing some really great stuff, so why would we?