Inside the enterprise: Microsoft's new tablets look attractive and might prove useful. But some IT professionals are still worried about deploying them. 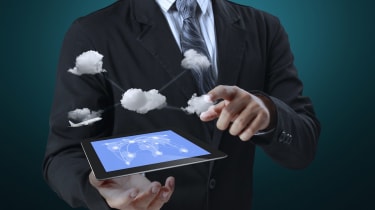 The first Microsoft Surface devices have been welcomed by reviewers, although the Windows 8-based Surface does have its quirks. But businesses that run mostly or entirely on Windows PCs may find Surface an attractive alternative to iPads or Android slates, possibly with better integration with other parts of the Microsoft ecosystem.

Already, though, doubts have started to emerge about how well Surface will integrate into the workplace. Those doubts centre on its security, and the ability of IT teams to write or customise applications for the device.

Research commissioned by SecureData, and conducted by polling organisation Vanson Bourne, suggested that 12 per cent of IT security managers are worried that Surface and Windows 8 could be a "major threat" to enterprise security.

That might not be a large percentage, but the fact that security specialists have concerns at all over a newly-launched, flagship product should worry Microsoft. SecureData found that more IT managers were likely to deploy iPads than Surface over the next two years, perhaps because, from a security point of view, iOS is now tried and tested.

But security managers also pointed out that the Surface Pro version of Microsoft's slate, which runs the regular version of Windows, is likely to be more at risk than the ARM-based RT version of the device.

Much of the concern centres around the ease of employees downloading or buying Windows applications separately from the Surface as well as the vulnerability of Windows to malware. "More open devices will lack the closed security benefits of the Apple [ecosystem]", said the report.

Microsoft, and the security companies, are likely to address the issue over the next few months with tools to integrate Surface into IT security systems, including malware detection, patch management and data loss prevention. But whilst Surface is so new, the real security risks remain largely unquantifiable.

Problems with customising or writing applications for Surface, though, are already coming to the fore; the combination of Windows 8 and IE10 which will also be on laptops and Windows 8 phones has already thrown up some anomalies. One large UK educational institution, for example, has found that its students cannot access its commercial e-learning application from IE10, forcing them either to use an alternative computer, or a browser such as Firefox.

Netbiscuits, a company that helps businesses develop web-based, mobile applications, has already warned of issues around Windows 8 and IE10, especially around the way the new browser handles website mark up. At the very least, web application designers warn that companies that want their applications to run on Surface will have to carry out a fair amount of testing.

Any good web development team should be testing its public-facing applications and websites for compatibility on an ongoing basis: new platforms, whether it is Windows 8, iOS 6, or even smart TVs, can require design or functionality tweaks. But it is bespoke or customised internal business applications that could be a real challenge for Surface users.

Surface has a lot of potential in the enterprise. But if users, or IT departments, think that Surface can just slot in to a gap left by Windows XP gear, they face a rude awakening.