Inside the Enterprise: BlackBerry maker RIM will add voice calls over WiFi to its BBM service. Is this a defensive move by RIM or another move to make operators "dumb pipes"? 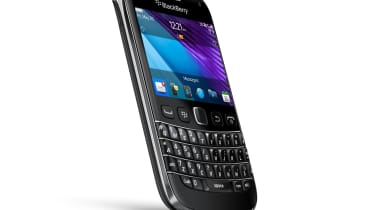 One of the downsides of the BlackBerry platform at least, from a business point of view has been the trickiness of hooking the handsets up to office phones, and of making calls over WiFi.

Rival mobile platforms, including Android, iOS and even Symbian, support industry-standard internet calling technologies. Nokia's Symbian-based business phones even came with voice over IP (VoIP) software, based on SIP, in the box.

This made setting up the handsets as mobile phone extensions as easy as downloading a few settings; some enterprising VoIP even sent out the settings as a text message. Asterisk, the open-source office phone system, works well with SIP software, especially for Android; it's possible to put together quite a comprehensive system all using free software.

BlackBerry handsets, though, for all their security and other features, have had minimal support for third-party voice applications. RIM has rolled out some large mobile extension projects with BlackBerry customers, mostly in North America. But most of these have used mobile calls to the mobile phones, rather than VoIP.

The most glaring omission, though, is a lack of BlackBerry support for Skype. RIM has a deal with Verizon Mobile, the US carrier, which allows its users to use Skype on the handsets. In the UK, 3 supports Skype on BlackBerry, but only with the most recent phones. With more businesses using Skype both to save on call charges and for ad-hoc voice and video conferencing, a lack of wider support for the technology might put smaller companies off BlackBerry phones.

RIM, though, has now responded to demands for internet phone support, but in a rather different way to most other smartphone makers. Instead of supporting Skype, or a standard SIP platform, BlackBerry phones will offer free WiFi calls, using the BlackBerry Messenger (BBM) service.

In some ways, this is a similar approach to that taken by Google with its Talk service (now rolled up into Google+) or Microsoft with Messenger: take an IM service and add voice, and video. But it does not provide the control and integration of a standard VoIP app.

For younger BlackBerry users, voice calls over BBM will be popular and fun; for businesses, the closed and hard to control nature of BBM may put people off. BBM, after all, achieved some notoriety for its role in the riots in the UK last year. And BBM bypasses companies' call monitoring and recording systems, which might rule out its use in fields such as healthcare, and financial services.

Small businesses that already use BlackBerry phones might well take to the technology, though, especially as a free and easy way to make calls to other people in a team. And BBM's upgrade, for all its limitation, might yet worry the mobile phone operators. Yet another way for customers to make free calls can only hurt the operators' voice revenues, and push them even further down the line of just providing a raw data "pipe".

RIM has always worked closely with the phone operators, and that partnership was very much part of its business model. BBM might be aimed at teens rather than suits, but it is just more evidence of how that relationship is changing.