We put the high-speed network to the test with some interesting results... 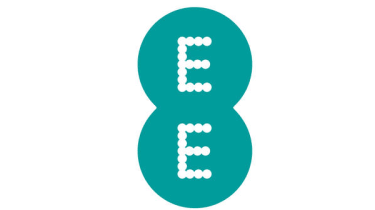 We've compared EE's 3G and 4G networks around London using an iPhone 5 to see the difference in speeds you can expect if you're thinking about signing up to the high-speed network.

For the test we used the iPhone 5, switching between 3G and 4G networks. We carried out speed tests at seven locations, aiming for a diverse range of areas.

To test the download and upload speeds we used the Speedtest.net app. We took three readings at each location and then averaged it out.

A lack of 4G signal at Piccadilly Circus is embarrassing for EE as the firm has been plastering 'Quickadilly Circus' across billboards.

We managed to get a spike at London Bridge with an impressive average download speed of 50Mbps. 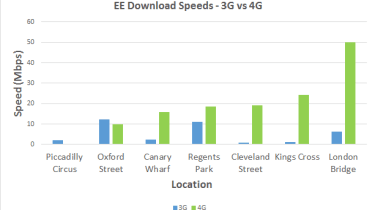 However, 3G was superior in two locations - Oxford Circus and Piccadilly Circus the latter location had no 4G signal at all despite walking around trying to find a connection.

EE has already got into trouble for misleading advertisements and the lack of signal in Piccadilly Circus is quite embarrassing as the firm has been plastering the words "Quickadilly Circus" on billboards across London.

In comparison, the 4G upload speeds were not only faster in all locations (with the exception of Piccadilly Circus), but more consistent. Upload speeds on 4G ranged between 0 - 21Mbps, which is considerably faster than 3G which offered a range of 0.66 - 2.34Mbps. 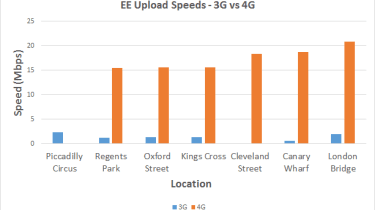 4G upload speeds were 11 times faster across the board

Is it worth it?

At present, we'd have to say it's not quite worth upgrading to. Unless you live in an area with a strong 4G signal and need to download multimedia content regularly, it's not worth it at this time.

Another problem with 4G is the pricing. It's not cheap, especially if you want a decent allowance, say 8GB. A device, such as the iPhone 5, will cost 19.99 upfront when you sign up to a 24-month contract which costs 56 per month. Calls and texts are unlimited.

Download speeds didn’t blow us away across the board, but to be fair to EE upload speeds are considerably faster and more consistent. We’re still not convinced that 4G is a necessity especially as prices are high. As more users are added to the network, speeds could slow down as well, so we'd recommend waiting until the other networks roll out the services.