Business of IT: Proving that IT pays its way

IT spending might be picking up, but projects are unlikely to gain the backing of the board unless they can provide a timely return on investment, reports Stephen Pritchard. 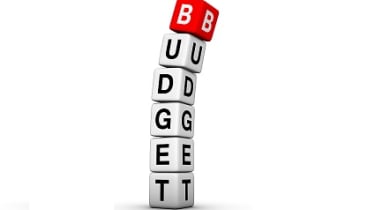 When it comes to the economic downturn, the worst might now be over at least for IT.

After several years of flat, or even falling budgets, spending seems to be picking up again, with some areas including cloud computing, data analytics and mobility attracting significant interest from companies' boards.

Figures from Gartner, the industry analyst firm, back this up: the company recently revised its estimates for 2013 IT spending for Europe, the Middle East, and Africa (EMEA), from $1.138 trillion to $1.154 trillion, a 1.4 per cent increase.

This comes after a decline of 3.6 per cent from 2011 to 2012. In real terms, IT budgets in much of Europe are still struggling to keep pace with inflation, but Gartner at least expects the sector to continue to grow until 2016, the end of its current forecasts.

Regional IT spending figures mask a range of different economic environments, as well as widely different appetites for spending on IT.

Some European markets, such as Greece and Spain, are seeing little spending as austerity bites. Others, such as Scandinavia and parts of Eastern Europe, continue to see growth. Economically, South Africa has suffered from the downturn over the last few years, but other parts of the continent have expanded, benefiting from the global demand for minerals and other natural materials. And in "emerging" markets, companies' IT spending is still starting from a relatively low base.

In the UK, spending is increasing, but it is failing to keep up with overall price inflation. CEB (formerly the Corporate Executive Board), a business advice organisation, puts the growth in UK IT spending at 1.8 per cent this year. But almost all of that, says managing director Andrew Horne, is on operational expenses. "Capital expenditure is flat," he says. Like Gartner, CEB saw a modest uptick in spending in 2011, which has now dropped back.

"In 2008 people put off spending which led to a backlog of big projects, that has now been worked through," he says, of the "double dip" in spending in 2011-12. "There is some loosening of the purse strings, it is demand driven but it is in operating expenses. If you build it, you have to maintain it."

But, researchers suggest, there are two other factors at work. The first is the continuing downward pressure on IT costs, on hardware, but also on some software and services due to competition from cloud computing. The second is a shift in the way companies buy IT.

Although some areas of technology updates, such as data analytics and security, require new spending, others such as cloud computing and the use of consumer IT are essentially deflationary, and may well be deployed as cost-saving measures.

"We are seeing in real terms that spending is still in decline, maybe by one to two per cent, if you take out the effect of inflation," says Anthony Miller, managing partner of TechMarketView, an industry analyst. "We expect that to be so through to 2015. That's the sheer deflationary effect of new technology. Especially in the case of hardware anyone can observe the decline in hardware pricing it is very dramatic."

But cheaper IT hardware does not account for all the trends in spending. Companies are also changing the way they approach IT projects.

"There is a move from big projects to on-going improvements projects where small improvements can bring benefits in business responsiveness and flexibility," says Miller.

And companies are also looking to IT to help them grow the business.

"The need to deliver new products or services is putting pressure on the business to be more agile and to respond faster," says David Elton, a technology specialist at PA Consulting. "IT has to respond, and support that faster time to market."

Businesses, though, may still be struggling to prove that spending more on technology actually improves business performance. According to a survey of 1,000 IT directors carried out by KCom, a communications service provider, a third of companies increased their IT investments over the last 12 months. But 26 per cent of executives said that the main barrier to investment is that it is too difficult to prove a return on investment.

Demonstrating a payback from technology may be less easier with today's technologies than with the previous generations of enterprise IT. Large back office systems that automated largely manual processes produced results that all being well could be measured.

Projects such as allowing staff to use consumer devices may not give the same firm cost reductions as CRM or ERP, as the work is often more about improving productivity or flexibility, or even employee job satisfaction. But KCom's research also found that IT departments that found investment difficult, did so at least in part because of a lack of support for the spending from the board.

That, though, might be as much down to the way IT professionals present the business case, as it is down the value of the technology itself. "In terms of ROI, the key thing is to stop talking about IT as projects and to move towards IT as services that enable business outcomes," says Andrew Horne, at the CEB. "The business does not want CRM, but customer insights. IT is a way of delivery."

This is a point that resonates with Anthony Miller, at TechMarketView. IT must not just prove that projects can pay for themselves, but that they can do so more quickly than before. IT directors, and managers commissioning IT work, also need to be confident that they can provide the expected returns.

"Whatever it is, it has to be bight sized chunks, with the highest possible confidence that they can deliver an ROI that can be determined and received within that same financial year," he says. "It is about being realistic about what is being undertaken and about the level of confidence that it can be done. You can't take these things on trust."

At PA Consulting, David Elton agrees, and adds that IT has to stay focused on the business goals, especially if it is asking the business to commit precious capital.