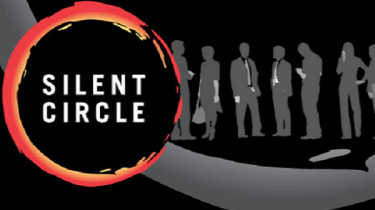 Encryption specialist Silent Circle has launched an app for iOS devices which aims to secure communications made from popular mobile devices such as the iPhone.

Phone calls and video calls are secured using the TLS and ZRTP protocols. Packets of data are encrypted before being sent and encryption keys are not stored on the firm's Canada-based servers.

Texts are secured using the Silent Circle Instant Message Protocol (SCIMP). Each message receives a new key that is only used once and then destroyed. This means only the person who you sent the message can decrypt and read it.

If you want to send a particularly confidential piece of information via a text, it is also possible to initiate a Mission Impossible-style "Burn Notice". This allow you to make the message self-destruct after a time delay - eg. 10 minutes.

Meanwhile, email is secured using a PGP keys. These can be created manually or can be randomly generated using the PGP Universal server.

Philip Zimmermann, president and co-founder of Silent Circle made it clear the firm has not built any backdoors into the service.

"RIM reached agreements with Indian and Saudi Arabia governments to install servers in those countries, so they can access information. We're not interested in doing that," he told IT Pro.

"If governments or intelligence agencies twisted our arm and forced us to give up what we had, we wouldn't be able to make the keys available because we don't have them."

Although the Silent Circle app works best if both participants have the app installed, it can also provide partial protection when you communicate with a person who is not signed up, making the service beneficial for traveling business users.

"If you're worried about being wiretapped in China, you can make a secure transatlantic call to the UK using Silent Call, for example. The first leg of the call will be encrypted between your smartphone and our servers in Canada, so it won't be intercepted in China," he continued.

"The second leg of the call will not be encrypted, but if you're not worried about a wiretap on the other end (UK) then it can satisfy security needs."

They are free to download when you sign up to a 13 per month subscription. The firm is working on a beta for Android devices and also plans to make an app for the Windows Phone operating system.