Inside the Enterprise: Subsidies for rural broadband have been approved by the EU, but the UK's 2Mbps target remains controversial. 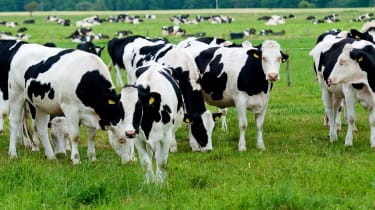 This means the BDUK scheme will be able to go ahead, without a challenge from European authorities over the misuse of state aid.

The Government has put much store by the BDUK project, with Culture Secretary Maria Miller describing it as a "huge boost" for the economy. But critics of the scheme claim the plans are too modest and too late to make much of a difference.

Under the BDUK scheme, local areas can apply for financial support from the Department of Culture, Media and Sport; the largest schemes have received funding of up to 18m, the total budget for the project is over 1bn.

However, controversy surrounds both the relatively unambitious targets for broadband speed, and the small number of companies awarded the contracts.

Most deals to date have gone to BT and, in several areas, the firm has been the only bidder.

Campaigners for rural connectivity have raised concerns that bidders will use public funds to make network improvements they would have carried out anyway. BT, for its part, strenuously denies this.

Business users, though, are more concerned about what is being provided, than who is providing it. The Government's target for rural broadband is 2mbps, a target that has not been revised for some years.

But even in the last 12 months, the average speed of home broadband connections has increased from around 7Mbps to 12Mbps, according to Ofcom's figures. This has largely been driven by the uptake of fibre-based services, such as BT Infinity and Virgin Media, in urban areas.

That is not to say that BDUK bids will only supply 2Mbps BT's fibre to the cabinet technology should be able to deliver 35Mbps in most areas but the overall Government policy on broadband now looks dated, even if the intention is to deliver 2Mbps to hard to reach homes and businesses.