This 23in IPS panel supports 10-point multi-touch and is optimised for use on Windows 8. The S2340T also boasts excellent flexibility, but it comes at a price... 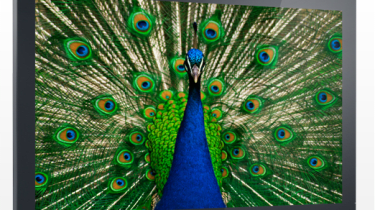 Windows 8 has been available for nearly a month now and manufacturers are starting to introduce touch screen panels to allow users to get the most out of the operating system's revamped interface.

The Dell S2340T monitor is one of the first Windows 8 certified monitors to be released. Touted as an all-rounder, the display can be used for everything from collaboration in the workplace to viewing multimedia content in the home. 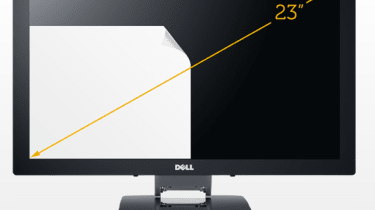 With touch screen functionality, the S2340T allows you to have a giant tablet on your desk

Let's get the basics out of the way the IPS panel has glass running from edge-to-edge. This makes the monitor look like a large tablet. The viewable portion of the display measures 23ins. This may not sound big, but it's still a reasonable amount of real estate to work with for spreadsheets, reports or CAD software.

The panel supports full HD (1920 x 1080) and 10-point multi-touch although there are few apps on the market that will require you to use all 10 fingers at one time.

If that's not enough, it's also one of the most flexible monitors we've tested in the IT Pro office. The S2340T bends and flips into all manner of directions.

It can be tilted/pivoted and even bends over 90 degrees to lie face up. The hinge allows for smooth movement, but it does require two hands to do this. We found the feature particularly handy on a number of occasions, especially when I wanted to share something on my screen with work colleagues.

However, such flexibility means the monitor is not as sturdy as it should be. Giving the touch screen a firm prod with just one finger will initiate a little wobble. This isn't much of a problem when the monitor is used in the traditional manner, but when it is lying screen up, or you are using multiple fingers, this becomes all the more noticeable. 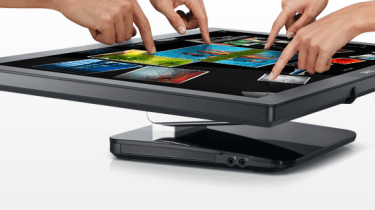 The monitor has great flexibility, but stability is sacrificed

You've got pretty much every port you could need built into the S2340T. These include DisplayPort, HDMI, 4 x USB 3 ports and an Ethernet jack. The ports are neatly placed along the right hand edge and back of the base and are easy to access. 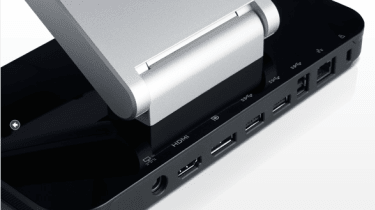 It's easy to get the device up and running all you have to do is plug in the USB/HDMI cables and turn on your machine. The drivers should install automatically, but Dell has included a CD, should there be any problem.

If you're plugging it into a Windows 8 machine, then no calibration is required. In fact, things started to go a bit awry when we tried to tinker with the settings, and we had to undo them.

Navigating through Windows 8 is easy all the gestures are available straight from the off. We found ourselves swiping from the right hand side of the screen to bring up the Charms menus regularly and, swiping from the left hand edge to cycle between open applications. 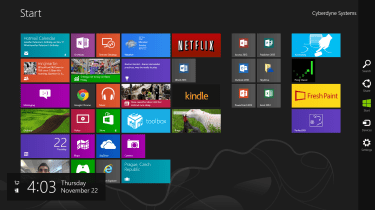 The touch screen is useful when using the Live Tiles

The touch screen came in most useful when we were using this tablet-like interface. When in desktop mode we predominantly used a mouse and keyboard. The ability to be able to tap on an icon, menu or link was useful.