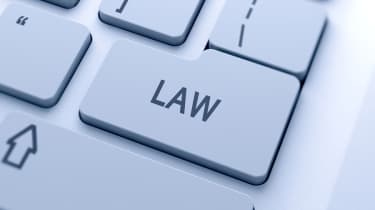 Facebook is being threatened with legal action by consumer associations who fear its advertising plans are becoming too intrusive.

The Norwegian consumer ombudsman, the Forbrukerombud, which oversees the marketing of goods and services in accordance with the country's Marketing Act, has taken issue with the social network's Sponsored Stories' adverts.

This is the site's newest type of advertising and involves the insertion of adverts into users' news feeds.We believe Facebook Sponsored Stories are beginning to look like unsolicited electronic messages. The Forbrukerombud has sent a letter to the European Commission, asking if Sponsored Stories comply with the EU's 2008 directive on Privacy and Electronic Communications.

Gry Nergrd, head of the Forbrukerombud told Agence France Presse: "The sending of electronic adverts to consumers who have not given their permission is prohibited, whether it is by email or SMS.

"We believe that the part of advertising that Facebook calls sponsored statuses is beginning to look like unsolicited electronic messages," Nergrd added.

Nergrd is not the only one who is concerned with Facebook's advertising policies. The Data Protection Commissioner (DPC) in Ireland has sought an urgent meeting with the social network after it was revealed the company plans to change the way it uses subscribers' details and potentially limit their rights.

Under the proposals, announced via a blog post, the company would remove the rights of users to vote on any future changes in the site's privacy settings.

Moreover, data collected about users by Facebook's "affiliates or...advertising partners" would be used to push more relevant and tailored adverts.

In response to the proposed changes, the DPC said: "[We] consider that further clarity will be required in relation to the full effect of some of the changes.

"If we consider that the proposed changes require a specific consent from EU users we will require Facebook to do this," it added.

Facebook's European operations fall under the DPC's jurisdiction, as its datacentres are based in Ireland.