The latest edition of the virtualisation software support Windows 8, but is it worth the paying £39 when there are products out there which are considerably cheaper. 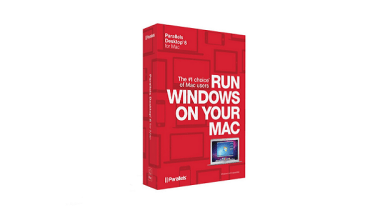 Apple continues to make headway into the business environment with every release of the Mac, but there are times when you still need Windows. To get the best of both worlds it is possible to run Windows virtually on OS X.

The latest version of Parallels Desktop 8 for Mac support major versions of Microsoft operating system up to and including Windows 8. The software has also been updated to take advantages of new features following the release of Mountain Lion. 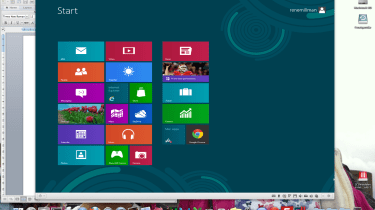 Parallels 8 allows you to run Windows 8 on your Mac

Parallels is well-designed and allows beginners and advanced users to switch between running Windows and Mac without having to reboot. As with most, if not all, virtualisation products, the amount of memory you have on your computer will determine how fast the guest OS will run or how many instances you can run at any one time.

At 39 (on Amazon), Parallels is considerably more expensive than VMware Fusion 5 (priced at 12.99) and Oracle's Virtualbox, which is available for free. So is the price worth the install? Well one factor is the ease at which you can install the guest OS.

After installing the virtualisation software the software provides a few options to create a virtual machine. These are: install Windows, install an OS from DVD or image file, migrate Windows from a PC, or use Windows from Boot Camp.

There are other options for non-Windows OSs such as Chrome, Ubuntu, or the Android OS, installing OS X Lion using the recovery partition, or adding an existing virtual machine.

We installed the software on a Mac running OS X Lion, and then loaded up Windows 8. The software then asks if you want to configure the guest OS to run like a PC or a Mac.