Inside the enterprise: EE's 4G service works remarkably well. Time will tell whether that is enough to attract businesses. 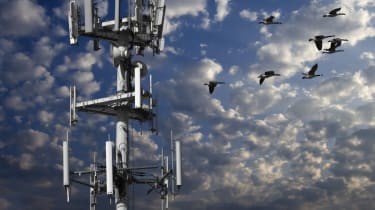 After years of deliberation and a small delay, the UK has now jumped on the 4G bandwagon. EE's decision to launch a service using its existing 3G spectrum rather than wait for the Ofcom auction appears to have paid off, with the company saying it will cover 16 cities by the end of this year.

Whether that is enough to run a fully commercial service for consumers and businesses does, of course, remain open to debate. IT directors and CIOs could certainly be forgiven for holding back until the spectrum auction, and the launch of services from O2, Vodafone and 3.

But for now, EE is the only game in town, and it is a rather good game too. IT Pro has carried out extensive technical tests using the 4G iPhone 5. In a far less scientific way this writer has been testing the company's data only service for the last few weeks, using a Huawei dongle.

As is to be expected, 4G is not everywhere, or even close to that. On train or car journeys around London, the dongle software which for once, is rather well designed does spend a lot of time on 3G. But once it finds a 4G signal the difference is quite remarkable.

To put some numbers on that, thinkbroadband's speed test measured the WiFi connection in a well-known coffee bar chain branch in south-west London at a leisurely 3.5Mbps for downloads. EE, on the other hand, managed 11.5Mbps, as long as you sat quite near a window.

Download speeds, though, were what really stood out. It would probably be unsporting to measure upload speeds on many public Wi-Fi hotspots, and most domestic ADSL broadband lines struggle to go much over 1Mbps, such is the design of the technology.

Fibre services, such as BT Infinity or Virgin Media will, of course, do better. But EE's little dongle managed to return upload speeds of 12Mbps on a regular basis. This equated to loading an mp3 file of a podcast recording just short of 10MB in under 20 seconds and a reasonably large PowerPoint file in under 10.

The difference this can make to the mobile worker is real. It's possible to finish work and send it without having to wait, and it is possible to work anywhere or at least anywhere with a signal without having to hunt around for Wi-Fi. Potentially, 4G, as an operator-managed service, is more secure than Wi-Fi hotspots, especially when it is used with a VPN. And the reduced latency of 4G services, when compared with 3G services, should improve VPN performance too.

At present, though, EE's data plans are relatively expensive, and industry analysts expect them to stay that way, at least until real competition arrives next year.

Larger businesses may have more scope to negotiate a better deal, but for smaller firms, and individuals, the perception is that 4G is something of a luxury. That is true. But sometimes, assuming you can afford it, a luxury is worth the extra cost.