Some 81 of UK firms have their own website, according to ONS figures. 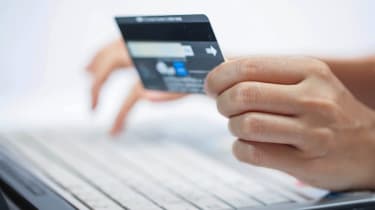 UK firms now generate nearly one in five pounds in business from the internet, according to latest government figures.

The Office for National Statistics said that companies make 19 per cent of their turnover from online sales.

Its report, E-commerce and ICT Activity, 2011, is based on its Annual Business Survey which covers industrial sector trends in the UK. In 2011, sales via the internet grossed 483 billion, the previous year saw online sales reach 425 billion and accounted for 18 per cent of revenue.

Sales to consumers via the web accounted for five per cent of e-sales in 2011, while the rest were business to business sales. Wholesalers were making the most use of online trading which reported the highest levels of e-commerce sales in 2011 of 181 billion. Manufacturing also reported online sales of 149 billion.

The report confirmed that the UK kept its position as fifth in Europe in terms of proportion of turnover derived from e-commerce. Only Finland, Sweden, Hungary and the Czech Republic ranked higher. In the Czech Republic, 25 per cent of all sales are conducted online.

The survey also found that 81 per cent of firms had a website while 93 per cent had broadband. Dial-up or ISDN connections continue to decline in use among businesses with 16 per cent using narrowband internet connectivity, down from 30 per cent in 2007.

The report highlighted the growing use of mobile devices among workers with over half of all firms providing at least one member of staff with a computer, smartphone or tablet in 2011. The research also found that organisations were willing to pay for 3G contracts with 57 per cent of firms paying for such services last year, up from 39 per cent in 2009.