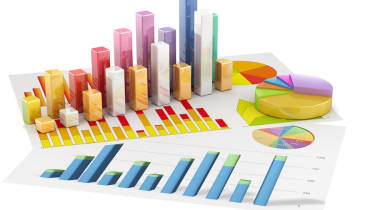 The Open Data Institute, an organisation tasked with the role of developing the use of open data in society and business, opens up tomorrow.

The organisation, announced by the government last year, also received $750,000 (466,000) from Omidyar Network, a philanthropic investment firm set up by eBay founder Pierre Omidyar. The UK government is putting in 10 million in funding over the next five years. The non-profit body was founded by Sir Tim Berners-Lee and leading web academic Professor Nigel Shadbolt.

Omidyar Policy Director, Martin Tisn said the Open data Institute would "accelerate and help shape the evolution of an open-data culture. It will unlock supply, generate demand, and create and disseminate knowledge to address local and global issues."

The ODI's Chief Executive Gavin Starks said he was "delighted" to have the support of Omidyar Network as its first investor.

He added that this underlines "the fact that the UK leads the world in this emerging industry."

The UK leads the world in this emerging industry.

"We will work with them and others in the coming months and years to release the social, economic and environmental benefits of open data," said Starks.

ODI Chairman and Southampton Professor of Artificial Intelligence, Nigel Shadbolt said that the ODI "demonstrates both UK commitment and leadership."

"To see our start-ups and hackathon winners already demonstrating the value of open data is superb," he said. "It shows what becomes possible when you make data available and build the conditions for people to use it to create new products and services. The ODI will be a catalyst for business, innovation and greater openness".

The institute will be opened by Cabinet Office Minister Francis Maude.