Hardware giant still needs to work on it mobile effort, but things are not as bad as they look, if this week's Discover event in Frankfurt is anything to go by. 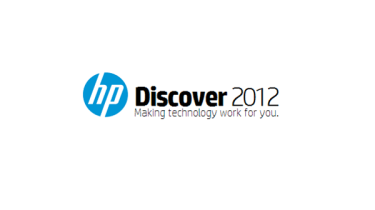 It's been a turbulent 12 months at HP, although you wouldn't have thought it judging by the record-breaking attendance, raft of product launches and positive keynotes at Discover 2012 in Frankfurt.

Having been in charge of HP for over a year, Meg Whitman has started to put her stamp on the company. Here's what we learnt from hardware giant's annual enterprise shindig.

HP is looking to be an all-rounder

Forget turning into a software-only business, HP wants to do it all. Meg Whitman has put a strategy into motion to make HP the best enterprise all-rounder on the market. The firm wants to provide everything a business could need, from devices and servers through to software and services.

Cloud, security and information optimisation have been highlighted as the key growth areas by the CEO. However, the Whitman has a healthy respect for the firm's history and wants to do everything in her power to make sure that HP remains one of the tech world's hardware giants.

Whitman is confident that over the next 12 months HP will work faster to commercialise ideas, which have been developed in-house by the HP Labs team.

Since axing the webOS-based TouchPad tablet and Pre smartphone ranges in 2011, HP has had a negligible presence in the ever-expanding mobile market.

But the firm will re-enter the tablet market with an enterprise-specific Windows 8 ElitePad 900 in January,

So far the signs are positive, as it has already signed a deal to provide 1,000 of the devices to Emirates Airlines. It may not seem like much compared to iPad or Android smartphone sales, but this win could help kick-start HP's mobile device ambitions.

With HP continuing to pour $1 billion annually in R&D, and with a strong customer base, it has the resources in place to be a successful device in the enterprise.