We look back at the 10 standout products which have been reviewed on IT Pro this year.

The launch of Windows 8 marks the biggest revamp Microsoft has made to the universally used operating system since the 95 edition.

Although I'm not convinced by the need for the Modern UI on the desktop, there are many benefits to using Windows 8. One of the best features of Windows 8 is the ability to provision a USB stick with OS and then use it on any Windows 7 machine. 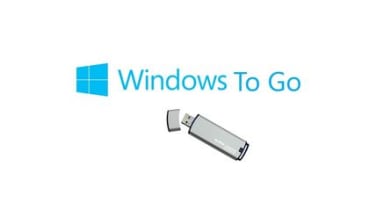 Windows To Go allows you to carry your PC in your pocket ideal for those who use multiple devices. One of the best things about it is that you simply plug in the USB and your laptop/PC will boot the operating system.

The internal hard drive on the host computer is kept offline by default when you boot up into Windows To Go. You've got access to all the apps/files you have been using. If you do need to save any files, they can be saved directly to the USB stick you're booting from.

From a security standpoint, this should be the operating system of choice. All the apps from the Windows Store are sandboxed from the OS and the Trusted Boot feature helps to ensure that malware doesn't infiltrate the system. Once you shutdown Windows To Go the PC you were using goes back to using the default operating system (Windows 7). There will be no footprint, and it will be as if the Windows To Go session never happened.

So after 12 months, it's Google which has come out top, with a little help from Asus. With a starting price of 159, this is pound-for-pound the best value high-end device on the market. You get a beautiful 7in 1280 x 800 IPS display, over 8 hours of battery life, access to 700,000+ apps in the Google Play Store and also the ability to use Amazon's ecosystem.

Best of all you get the fully-featured version of Android (Jelly 4.2 at the time of writing) free of any battery draining overlays. With the Nexus brand, this device will be the amongst the first to receive software updates from Google, so it'll have longevity too. 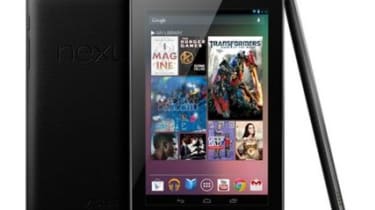 Although the Nexus 7 is positioned as a multimedia companion device, it does have business use, providing access to emails, along with the ability to browse the web, and look at documents.

The size is just right too, with the Nexus 7 also has a smaller footprint than other 7in devices such as a Kindle Fire HD, which makes it highly portable.

So Google comes out top in the hardware stakes and two of the best performing devices were running the Android platform. Microsoft also got onto the list - delivering a unique set of features with Windows 8.

Despite its well publicised problems, HP produced two outstanding pieces of hardware. Interesting, although Apple still made the list with the iPad and iPhone, it failed to dominate.