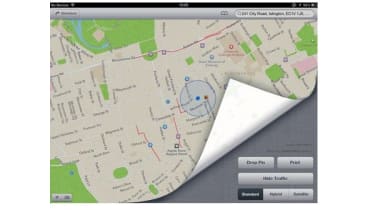 An Australian police force has warned motorists not to use Apple Maps, claiming the software has led to a number of people becoming stranded in one of the country's national parks.

An alert sent out by police in the state of Victoria claims motorists are regularly being misdirected by the software, which Apple has been offering up to users as an alternative to Google Maps since the launch of iOS 6 in September.

This has resulted in motorists becoming stranded within the Murray-Sunset National Park, the police claims, where water supplies are scarce and daily temperatures often peak at 46 degrees.

Some of the motorists located by police have been stranded for up to 24 hours without food or water.

"Some of the motorists located by police have been stranded for up to 24 hours without food or water and have walked long distances through dangerous terrain to get phone reception," said the statement.

According to tests carried out on the software by the police, the problem is that Apple Maps lists the Victorian city of Mildura as being in the middle of the national park, when it is approximately 70km away.

"Police have contacted Apple in relation to the issue and hope the matter is rectified promptly to ensure the safety of motorists travelling to Mildura," said the police statement.

"Anyone travelling to Mildura or other locations within Victoria should rely on other forms of mapping until this matter is rectified," it also advised.

Since its launch, Apple Maps has come in for a fair amount of criticism from users who have poured scorn on the software's problems locating major landmarks.

As a result, Apple CEO Tim Cook was [a href="https://www.itpro.co.uk/643198" target="blank"]forced to apologise for the poor quality of the service within days of its release.