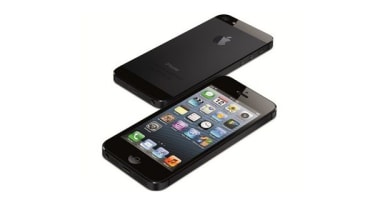 Mobile operator O2 has incurred the wrath of the Advertising Standards Authority (ASA) for seemingly misleading customers over launch day deliveries of the Apple iPhone 5.

The advertising regulator said it received six complaints from customers who challenged O2's claim that orders placed before 4pm would be delivered the next day.

Five of the six complainants said O2 failed to deliver on this promise, and all six accused the firm of misleading customers with the claim.

O2's parent company, Telefonica UK, denied it misled iPhone buyers, and blamed the assertion on customers confusing a pre-order with a standard one.

Some people making standard orders may have been confused, believing they applied for a pre-order.

"[The] statement was only made in the FAQ [section of the site], which had been placed online at 10.30pm two days before the launch day as a reactive statement to clarify delivery timescales for those who made pre-orders," said O2 in a statement published on the ASA website.

"Some people making standard orders while the FAQ was online may have been confused by it, believing it applied to their order."

The firm said it stopped accepting pre-orders once initial stocks of the device had been allocated, and that it would have been made explicitly clear to customers whether or not they had been successful in securing one.

"Those making a standard order...should have been informed that the product could take up to three weeks to be dispatched," said the firm.

The company also stressed that "100 per cent" of the iPhone 5 pre-orders were delivered on the launch day, whereas the standard ones will have been fulfilled according to the timescales given when customers first ordered the devices.

Despite this, the ASA has upheld the customers' complaints and ruled that O2 has breached advertising guidelines relating to the publication of misleading and unsubstantiated adverts.

"We did not consider that the claim If we get your pre-order before 4pm the day before launch, we'll get it to you on launch day' made [the] distinction [between standard and pre-orders] clear to readers, who would infer that all iPhone 5 orders placed prior to 4pm the day before launch would be delivered on launch day," said the ASA in a statement.

"Because the claim implied that all iPhone 5 orders placed before 4pm would be delivered on launch day, and we understood that was not the case, we concluded that the claim was misleading."

The ASA has ruled the claim must not appear again in its current form and ordered Telefonica to make the distinction between pre- and standard orders clearer in future.