This nifty automated backup tool, MozyPro, is aimed at SMBs and supports both OS X and Windows. We love the range of management features and the pay-as-you-go subscription model. 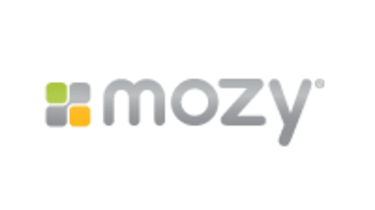 Backing up data is essential to any business. However, the traditional methods which use formats such as tape have limitations, especially when it comes to the small business. All too often, a tape is left at the same site as the system or the backup is not performed on a regular basis.

The online service is ideal for offices where offsite backup is non-existent as it provides a means for critical business data to be housed in a second, safe location should disaster strike.

MozyPro (unlike its MozyHome cousin) supports both Windows and Mac servers. As well as backing up SQL and Microsoft Exchange data it backs up networked drives. The service supports a number of operating systems including Windows 7, 2008, Vista, XP, & 2003 (desktop/server) as well as Mac OS X 10.7, 10.6, 10.5, & 10.4 (desktop/server). But there is no support for any flavour of Linux, which may limit the appeal to organisations where Linux is used in production environments.

The pricing structure means that a firm can back up as many desktop computers as needed and only needs to pay for storage used.

A plan for 50GB of backup costs 13.99 per month (this comes down in price if you lock into a yearly or two-year plan). Backing up servers incurs an additional cost as well, but this server "pass" also allows an unlimited number of servers to be backed up. Again the cost is based on the number of GBs stored. This marks a change from what was previously available. In the past, Mozy charged for a licence for each computer that was backed up and then per GB for the amount of data backed up.

Extra storage can be bought as and when needed and for organisations that require a lot of backup initially, Mozy offers a Shuttle service where it sends you a storage unit where you perform the initial large backup. This is then sent back to Mozy where it uploads the contents to its servers in its datacentres. While the device is in transit, the service will perform incremental backups to ensure continuity of service.

The sign-up process is quick enough and once your email is verified, you can download the client application. Once running, MozyPro scans the hard drive to establish which files require backing up. The user can include or exclude files and folders to back up in order to ensure the important stuff is secured and to cut down on backing up times.