Google Maps finally lands back on the iPhone

Apple finally backs down as backlash against its own Maps software continues. 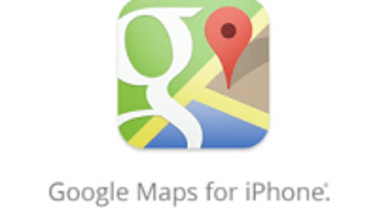 Google Maps is now available in the Apple App Store, meaning iPhone users can now download the app for the first time since it was controversially ditched in favour of iOS 6 Maps.

The Google Maps app is available to download for the iPhone and iPod Touch (4th gen) and will support devices with iOS 5.1 and above. It is available in over 40 countries, including the UK and US, and supports 29 languages.

Since ditching Google Maps, Apple has been left red-faced and the return of the software to iOS devices is unsurprising.

Apple Maps app was widely criticised for being buggy and inaccurate. Most recently, police in Australia warned users to stop using the service as the inaccuracies resulted in motorists becoming stranded within Murray-Sunset National Park.

With Apple having to backtrack, it's unsurprising that Google has been a little smug about the launch.

Daniel Graf director of Google Maps for mobile claimed that people around the world have been asking for Google's software on their iPhones, and he bigged up the accuracy of the app.

"The world around us is constantly changing and, thanks to feedback from you, we make tens of thousands of daily updates to keep Google Maps accurate and comprehensive. Here's a helpful hint for the new app: if you see something off, simply shake your phone to send us feedback," he noted in the Official Google Blog.

To expand the Maps ecosystem, Google has also launched the Google Maps SDK for iOS. There is a URL scheme to help developers use Google Maps when building maps.