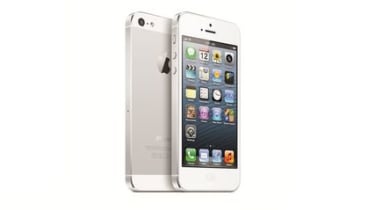 Intellectual property firm MobileMedia Ideas holds the three patents Apple is accused of infringing. The firm was formed in 2010 by Nokia, Sony and MPEF LA to manage these and other patents. Sony and Nokia each own a quarter of the company.

After seven days of the trial and subsequent deliberation, the jury in the US District Court for the District of Delaware found that the iPhone infringed two patents belonging to Nokia and one to Sony, but did not rule on how much Apple should pay MobileMedia Ideas.

The jury found that the iPhone 3G, 3GS and 4 directly infringed claims in US patent 6,253,075, issued to Nokia and which covers call rejection, and US patent 6,427,078, also issued to Nokia and which covers a data processing device. A third patent owned by Sony, 6,070,068, covering a method for controlling the connecting state of a call, was also found to be infringed by Apple.

MobileMedia Ideas chief executive Larry Horn told the Wall Street Journal that the company could collect "substantial damages." However, he hoped that Apple would instead license the technologies covered in the patents.

"MobileMedia Ideas is pleased that the jury confirmed Apple's iPhones use our patented technology," said Horn.

"MobileMedia Ideas' objective is to make these important technologies and others used in mobile phone and other portable devices widely available. We welcome Apple and others to enter into licenses for the use of these technologies."

In papers filed at the court, Apple asked the judge to rule that MobileMedia's patents are invalid as a matter of law, and that there was no "legally sufficient" basis to find MobileMedia has proven infringement.

According to, patent expert Florian Mueller on Foss Patents Apple could try to fight the verdict. But he said that "an infringement verdict based on six claims from three different patents suggests that Apple will soon have to take a license from MobileMedia Ideas, which means that Nokia, which is already receiving royalties from Apple under a settlement, is going to get even more money from Cupertino."