Ministers claim the plans were not widely supported. 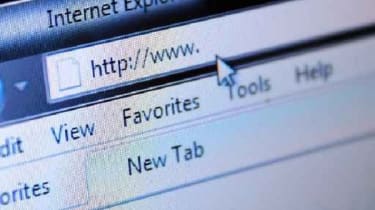 Ministers said the proposals were not widely supported.

The Government made its decision last month but has only now revealed its conclusion following a public consultation.

During the ten-week consultation, over 3,500 submissions were made and the majority did not support an automatic block.

If the Government had agreed to the block, it would have meant users would have to contact their ISP to view adult material.

Just over a third of respondent (35 per cent) supported ISP blocking.

The Government is said to be working with ISPs to encourage parents to use filters to block adult sites and verify ages of those setting up filtering controls.

Those that opposed the move said this could lead to non-pornographic material being blocked, such as sites dealing with sexual health and identity.

The report praised the four largest UK ISPs - BT, TalkTalk, Virgin Media and Sky - for signing up to a code of practice and offering customers a choice of filters.

However, it added that providers should go further and actively encourage users to turn filters on.

Nick Pickles, director of Big Brother Watch, one of the campaign groups opposing default filtering, said: "This is a positive step that strikes the right balance between child safety and parental responsibility without infringing on civil liberties and freedom of speech.

"The policy recognises it is parents, not Government, who are responsible for controlling what their children see online and rightly avoids any kind of state-mandated blocking of legal content," he added.