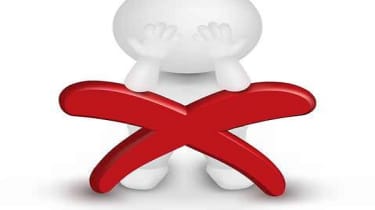 Apple has called on a US appeals court to reinstate a pretrial sales ban on Samsung products, as the two firms continue to wage war over patents in several countries.

The US Court of Appeals for the Federal Circuit in October overturned a pretrial sales ban ordered by a lower court in California. The order was to stop sales of Samsung's Galaxy Nexus smartphone.

Apple argued this was inappropriate and asked for an "en banc review," which means that a larger panel of judges would reconsider the decision made by the three-judge panel in October.

The fight is over a single patent - one that allows the smartphone to search multiple data storage locations at once. For example, the smartphone could search the device's memory as well as the internet with a single query.

Apple argued the sales ban should be reinstated because it uses the patent in question and competes with Samsung. The three-judge panel had said that consumers did not buy Samsung phones primarily because of the patent, and thus, a sales ban was inappropriate.

It has become increasingly difficult for companies to win sales bans related to patent infringement in recent years. Such sales injunctions have been a key for companies trying to increase their leverage in courtroom patent fights.

Apple, in a different patent lawsuit, scored a sweeping legal victory over Samsung in August when a US jury found Samsung had copied critical features of the hugely popular iPhone and iPad and awarded Apple $1.05 billion in damages.

The Nexus phone was not included in that trial, but is part of a tandem case Apple filed against Samsung earlier this year.

Earlier this week, US District Judge Lucy Koh rejected Apple's request for a permanent sales ban against 26 mostly older Samsung phones, though any injunction could potentially have been extended to Samsung's newer Galaxy products. Koh cited the Federal Circuit's Nexus ruling as binding legal precedent in her order.

In a separate court filing on Thursday, Apple said it intended to appeal Koh's ruling.