Turn off that smartphone!

Inside the Enterprise: A New York Times article has rekindled the debate about electronic devices in flight. And the rules do seem muddled. 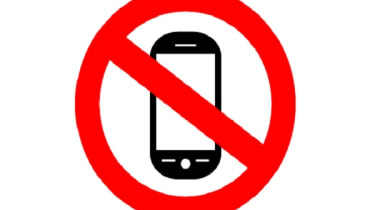 If you were lucky enough to receive a new smartphone or tablet for Christmas, or fought through the sales to buy one, then the chances are you will want to use it.

These restrictions are not new, but the growth in both connectivity and portable electronics is putting them under more scrutiny.

That is fair enough, unless you happen to be travelling by plane. Airlines across the world continue to control when passengers use electronic devices, including laptops and tablets. Those devices that transmit data (or voice) over radio waves come in for special scrutiny, and restrictions.

Most airlines, for example, do not allow passengers to make calls or use data services in flight. Those that do, typically route those services via on-board networks and a satellite link. Those services, of course, are not free. And aviation regulators around the world restrict the use of laptops and phones, as well as other electronics even in "flight" mode during take-off and landing.

These restrictions are not new, but the growth in both connectivity and portable electronics is putting them under more scrutiny. And to be fair to the aviation authorities, the rules have developed.

It's not that long ago that some airlines banned the use of laptops altogether in flight; now the restrictions are much more limited, and mostly centre on hardware with Wi-Fi or cellular connections, and other items that transmit data, such as remote control toys.

But whilst most business travellers can forego using the laptop for a few minutes per flight and enjoy some downtime, the proliferation of smartphones, as well as e-readers and tablets, is causing more headaches for the airlines. Some people really cannot be parted from email or Twitter even for a few minutes.

Most of us have probably sat next to someone who is reluctant to put away their BlackBerry or, more often nowadays, their iPhone. And some passengers really do become rather agitated when asked to switch off their Kindles.

As New York Times writer Nick Bilton pointed out recently this is leading to a degree of frustration, and sometimes unruliness, among passengers. And the situation is made more difficult still, because airlines are actually rolling out iPads and other devices to pilots and aircrew.

Some commentators and plenty of passengers suspect that the airlines' devices bans are really a way to force people to use more expensive onboard phone or data services or at the very least, to read the on-board shopping guide.

The reality is, of course, more complex.

As aviation experts point out, one or two people using a radio-equipped device might not cause any problems. A few hundred people doing so might well. Then there is the issue of cellular radios pumping out more power than usual, to reach ground-based base stations from 30,000 feet. The concern is that lots of devices, perhaps in combination with a fault on board an aircraft system, would cause a "perfect storm", and a malfunction.

Other tests, including those carried out by airforces, suggest that the risk of a stray mobile phone bringing down a plane remains very small; more likely is that radio signals could interfere with navigation, or air traffic control messages.

Either way, on board a plane it is a risk the authorities do not want to take. So until more conclusive research is published, smartphone and tablet addicts will just have to patient, until the Fasten Seatbelts sign is off.