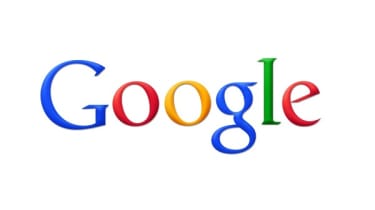 Internet giant Google has not manipulated its web search results to hurt its rivals, a Federal Trade Commission (FTC) investigation has concluded.

The US regulator ended its investigation into the firm yesterday, and in the process won assurances from Google that it would end the practice of "scraping" reviews and other data from rivals' websites for its own products.

Google also agreed not to request sales bans when suing companies which infringe on patents that are essential to ensuring interoperability, also known as standard essential patents, the FTC said.

Microsoft and other Google competitors have pressed the FTC to bring a broad antitrust case against Google similar to the sweeping Justice Department litigation against Microsoft in the 1990s.

People would like us to bring a big search bias case, but the facts aren't there.

Meanwhile smaller internet companies such as Nextag have complained about Google tweaking its web search results to give prominence to its own products, pushing down competitors' rankings and making them more difficult for customers to find.

At a press conference, FTC Chairman Jon Leibowitz anticipated criticism of the agency's decision not to pursue Google further on the so-called subject of search bias.

"Even though people would like us to bring a big search bias case, the facts aren't there," he said.

"The changes Google have agreed to make ensure that consumers continue to reap the benefits of competition in the online marketplace and in the market for innovative wireless devices they enjoy," said Leibowitz.

The commission voted 4 to 1 to settle the patent investigation into Google's injunction requests. It voted 5 to 0 to end the probe of Google's search practices.

"I never saw any real likelihood that the feds were going to insert themselves between one of the most popular brands in the world and the constituency that adores it," said Whit Andrews, an analyst for Gartner.

Yelp, which operates the social networking/user review website yelp.com, had complained about scraped reviews, and said it was disappointed with the result of the FTC probe.

"The closure of the commission's investigation into search bias by Google without action...represents a missed opportunity to protect innovation in the internet economy," wrote Yelp spokesman Vince Sollitto in an email.

"We look for the regulatory bodies continuing their investigation to have greater success."

Gary Reback, who represents a group of Google's critics including Nextag, said he thought the investigation was inadequate since the FTC failed to respond to his clients' assertions that they had been hurt by Google and asked few questions in its civil subpoenas.

"They talked about how thorough and exhaustive the investigation was but that's really rubbish," said Reback, who is with the law firm Carr & Ferrell LLP and is best known for his work against Microsoft in the 1990s. "I've never seen anything as shallow and incomplete as this was."

Microsoft was embroiled in antitrust probes and litigation from 1990 when the FTC began an investigation until 2011, when the final consent decree finally expired.

Leibowitz defended the commission's investigation into Google, saying the agency had scoured through some 9 million pages of documents and taken sworn testimony from key Google executives. "This was an incredibly thorough and careful investigation by the commission, and the outcome is a strong and enforceable set of agreements," he said.

Thomas Rosch, who is leaving the commission this month, suggested the investigation fell short.

"After promising an elephant more than a year ago, the commission instead has brought forth a couple of mice," said Rosch, a Republican.