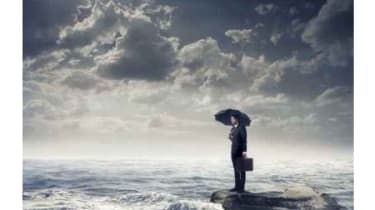 His emphasis was on the word estimated, as he admitted there was no real record of expenditure and government departments were often paying over the odds.

That's not to say the private sector is totally indifferent to cost. There are many organisations paying too much in the course of their day-to-day operations.

In 2013, this will change. Companies will get far better at working out who's spending what and where. We'll also start seeing some companies taking chargeback seriously.

This has been talked about for years but, there has been little attempt by organisations to implement it.

We will also see more emphasis on federated clouds: the sort of pick-and-mix approach to cloud computing where various organisations opt for public or private (or semi-public community clouds) to give them the best combination of services.

This coming year will also see big data move from an industry buzzword to something that all enterprises will start taking seriously.

Big data is one of those phrases, like cloud computing five years ago, that suffers from being defined too vaguely. Part of the problem with Big Data is that much of the technology the likes of Apache Hadoop - has been somewhat esoteric and not an easy fit into corporate environments.

In 2012, many companies tackled this issue in an attempt to bring big data into the mainstream. Microsoft, for example, has launched a couple of tools integrating Hadoop with Microsoft's Azure cloud offering.