A 5in high-end device which is waterproof, but can the Xperia Z help Sony to challenge in the mobile market? 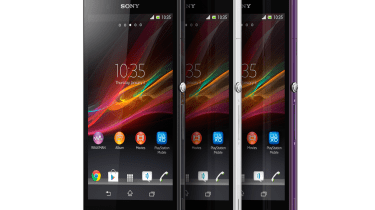 Sony has been struggling to make an impact in the mobile market - failing behind competitors such as Samsung - but will 2013 be a comeback year for the Japanese manufacturer,or is too late?

On first impressions, the Xperia Z looks to have the makings of a great device, offering up unique capabilities.

Water and dust resistant, the Xperia Z can be fully submerged in water for up to 30 minutes. The chassis is just 7.9mm thick and houses a 5in 1080p display. Inside there's a quad-core processor paired with 2GB of RAM, making this Sony's strongest phone to date - at least on paper. 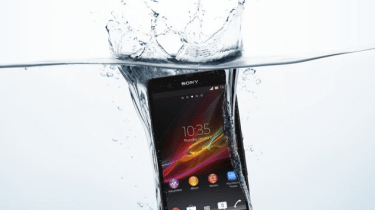 Bearing in mind this is the first water and dust resistant flagship we've seen in the UK, it's a handsome beast, and a far cry from the likes of the Xperia Go and Active. With all the ports and slots under flaps given the Xperia Z's weather sealing, it serves up very clean lines along the sides, top and bottom. 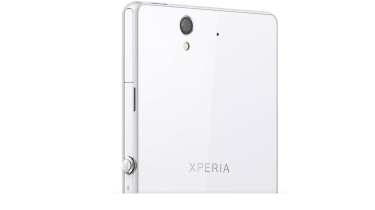 The front and back are encased in a something called Dragontrail glass. Purported to be six times stronger than Gorilla Glass 2, Dragontrail should prove both scratch resistant and less prone to smashing than previous Sony handsets.

The front of the Xperia Z is elegant and buttonless with just a stark, black fascia. The rectangular shape is as classical as you can get and could be mistaken for a tiny telly when in landscape.

The full HD 1080p display packs Sony's Mobile Bravia Engine 2 a technology that ensures colours pop and pictures and video look great. Sony has also introduced another technology to their Xperia line known as OptiContrast, which pulls out deeper blacks than Sony LCDs of old in order to better compete with AMOLEDs everywhere.

The user interface has had a revamp for 2013. Gone is the widget overview and the fixed number of homescreens. Themes are slicker and the lock screen can be unlocked more intuitively with just a vertical swipe.

The UI has also been redrawn to take full advantage of the 1080p screen. If we're completely honest, it reminds us of LG's Android skin on their high-end devices, but it still feels like a step in the right direction for Sony.

Not content with resting on screen resolution, the camera on the Sony Xperia Z is a step up when compared to the Xperia T. While both are 13-megapixel sensors, the Z has Sony's new Exmor RS sensor and is capable of shooting HDR full HD video, not to mention capture shots at a mind-blowing 10fps in burst mode.

The camera UI has also been revamped and a host of new shooting modes added, including intelligent auto and special effects.

With 16GB of internal memory on board and a microSD card slot located under the left-side flap, storage options are ample.

The quad-core Qualcomm Snapdragon S4 Pro inside coupled with 2GB of RAM means performance is probably going to be pretty stellar, given the fact that we've seen the combination before in the US Droid DNA and J Butterfly.

Our appetites have been well and truly whet. Not only have we had the chance to play with the phone at CES 2013, we were also lucky enough to enjoy it at Three headquarters in Maidenhead, sampling the delights of their DC-HSPA and talking about it with the Three team.

Check out our hand on video below:

Probably the best smartphone Sony has produced - but is it too late to grab a significant slice of the mobile market dominated by Apple and Samsung? We'll find out in the full review coming soon.